In the year 2000, Pramod Laxman Mahajan, a farmer from Pune saved the life of his friend’s brother by donating one of his kidneys 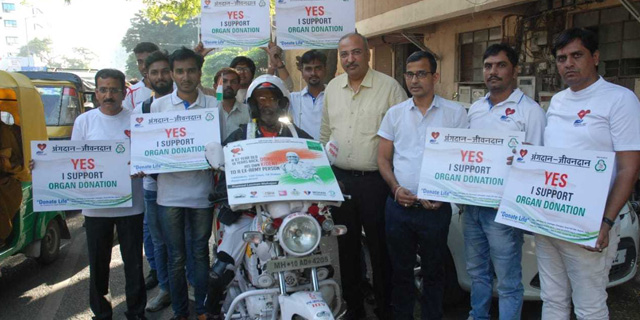 New Delhi: ‘Until 2000, I didn’t know a person can survive even on one kidney’, says 67-year-old Pramod Laxman Mahajan, a farmer from Pune, who became a living organ donor almost two decades ago. In the year 2000, when Mr Mahajan witnessed one of his friends struggle to save his brother, an 40-year-old army official succumbing to kidney failure. On enquiring if there was any way to reverse his deteriorating condition, Mr Mahajan learnt about organ donation and kidney transplant being the only way to save his friend’s brother. But unfortunately neither his friend nor any of the family members could donate their kidney as none of them matched the kidney donations requirement.

Instantly, I asked my friend about the basic requirements like same blood group and offered one of my kidneys. Fortunately, my friend agreed to take my kidney and then we underwent the whole process. It has been 18 years and till now, neither the kidney recipient nor have I faced any kind of problem. In fact, the man who received my kidney is now married and has two children, says Mr Mahajan while speaking to NDTV.

This act of having saved someone’s life gave a new direction to his own life, in 2001 Mr Mahajan decided to devote himself to society. From taking a pregnant lady to a nearby hospital to providing basic first aid, one noble act led to the other and he made serving those in need the mission of his life. In October this year Mr Mahajan decided to create awareness about organ donation riding on a bike in 18 states, in 100 days, covering 10,000 kms.

Also Read: South Karnataka Has First Kidney Transplant By Robot. Here’s All You Need To Know About Robotic Organ Transplant

The idea is to tell people about organ donation, the need for it and urge individuals to come forward and support the cause. I, being living donor know how easy it is to be an organ donor. Also, it is not about living donation, but deceased organ donation like how you can give someone a new lease of life even after you are gone. For the same, I decided to start this awareness drive on bike wherein I’m covering 18 states while talking to people from all walks of life about organ donation, explains Mr Mahajan. 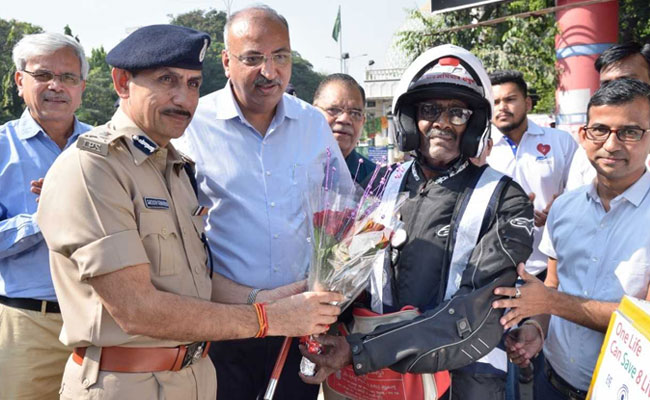 Mr Mahajan who is a member of ReBirth Foundation, a Pune based organsiation which through their contacts in different cities and states help publicise Mr Mahajan’s session well in advance. Basically, the organisation organises awareness programmes and sessions in different schools, colleges, and communities. Mr Mahajan goes there and talks about organ donation. Also, while travelling, whenever and wherever he stops, he initiates the talk.

Elaborating on how he educates people as he reaches a particular city, Mr Mahajan says,

I ask people what do you do when your loved one passes away or is declared brain dead. You either cremate or bury them? But what do you get after this? Nothing! Why not donate their organs and see them live in someone else’s body? Why not give someone an opportunity to live? I tell them how an individual can give a new lease of life to eight individuals.

During awareness sessions, people often ask similar questions and raise common doubts like what is the right age of organ donation, can their family decide to donate their organs even if they have not pledged for the same, and also highlight popular myths like if they donate their organs post death then they will be born without a particular organ in their next life. Mr Mahajan answers all the doubts with facts and asks to learn something from animals and plants who are interdependent for basic survival needs like food, protection, and shelter.

With the message “Gao gao aur sheher sheher yahi humara naara hai, ang daan karna aur karvana kaam tumhara aur humara hai”(Our message across all villages and cities is the same: Donate organs and encorage others to follow the same), Mr Mahajan has covered around 2,500 kms so far and wishes to reach out to maximum number of people.