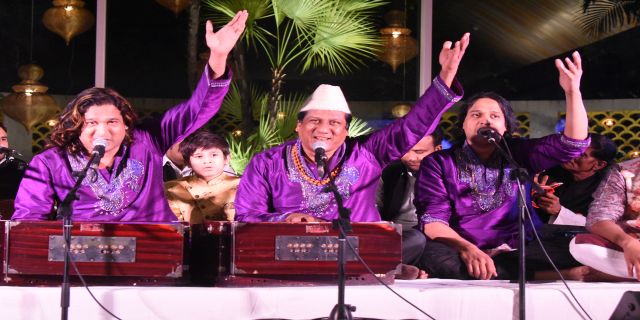 New Delhi: “Kadam Badhaa Le, Hadon Ko Mitaa Le, Aaja Khaalipan Mein Pee Ka Ghar Tera (take a step forward, destroy these distances, come into this void, the home of your beloved)”, sang Nizami Brothers, the famous ‘Sufi’ musical group to raise awareness about the cause of organ donation. The musical event was organised by the MOHAN (Multi Organ Harvesting Aid Network) Foundation, a non-government organisation on March 2 in New Delhi as part of its annual event ‘Samarthan’. ‘Samarthan’ (support) serves as a platform for thought leaders, policy shapers, caregivers and others to come together to celebrate life and to pledge to collectively do more.

Also Read: Organ Donation: A Wall Of Tribute For Donors Unveiled At Fortis Hospital To Mark The World Kidney Day

More than 400 people joined the event, including senior doctors and transplant surgeons from leading hospitals across NCR (National Capital Region). Representatives from the government and the general public also participated in the event to discuss and share ideas to re-energise their efforts and together spread the message to lift the poor organ donation rate in India.

As per an estimate, every year, more than five lakh people lose their lives due to the lack of organs for donation. India has one of the lowest rates of organ donation worldwide, with only 1 donor per million, as per the experts from MOHAN Foundation.

At the event, MOHAN foundation which is has been working in the field of deceased organ donation and transplantation since the past decade also released a collection of a first-hand account of transplant coordinators from hospitals across the country and stories of people who are making efforts to boost organ donation. Titled ‘You are the Clay, You are the Potter’ the collection is the NGO’s (Non-government organisation) tribute to the transplant coordinators of India.

In the event, the organisation also felicitated transplant coordinators from hospitals across NCR who have been doing the challenging task of counselling the donor families and urging them to donate their loved ones’ organs to save the lives of others. For their work, 13 deceased donation transplant coordinators from both private and government hospitals were honoured at the event.

Also Read: The Next Big Thing: India Could Soon See The Use Of Drones For Transporting Organs