The Next Big Thing: India Could Soon See The Use Of Drones For Transporting Organs

India to soon roll out drones for transporting organs, currently, the policy is being framed to figure out the logistics and create drones ports at the hospitals in bid to save lives and improve organ donation rate in the country 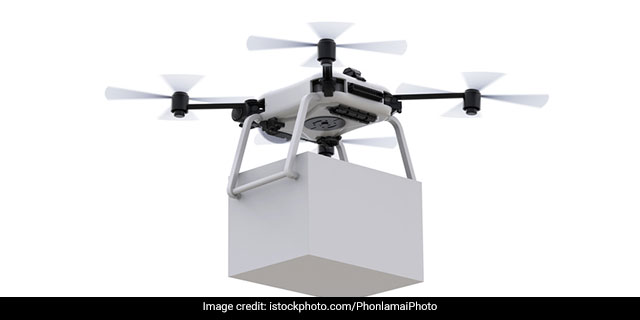 Every year, nearly 4 lakh people in India lose their lives waiting for an organ. India’s rate of organ is one of the lowest in the world, at a dismal 0.8 donors per million population. The demand for organs far exceeds its supply, so for someone in a dire need of an organ transplant, when it finally comes to transportation of a donated organ, every second counts. To help save more lives, India, has decided to take a lead and make use of drones for transporting organs. Minister of State for Civil Aviation Jayant Sinha said the government is working on drafting a Drone Policy 2.0 or the next generation of the Drone policy that was announced in August last year. The new policy plans to include the use of drones for an important cause like organ donation and creation of “drone ports” in hospitals to permit this kind of transportation.

The licenses will be issued by the end of January or in next one months’ time to accord drones legal status in India. We are also working on the next step of our drone policy where we are looking at allowing flying drones beyond the line of sight in certain areas.

How Using Drones For Organ Transplant Can Make A Difference

A recent report released by Indian Society for Heart and Lung Transplantation (ISHLT) revealed shocking data of mass wastage of donated organs in our country. According to the report, over 867 donated organs, including heart and lungs, got wasted. Reason – it was not possible to transport the organ to a recipient within the given time period.

Because of the time-sensitive nature of organ transport, we are examining the possibilities of using a drone for the process. Till now, we have relied on “green corridors” that part traffic and allow the organ carrying vehicle to reach their destination well on time, but, green corridors don’t offer guarantee of an organ reaching the recipient within the time limit, to avoid the traffic mess, drones will offer a better alternative, said Mr Sinha.

Highlighting the plan of action, Mr Sinha added that once we have the required licenses and certified drone ports, we will start the process of transporting organs. He said,

Also Read: FAQs For Those On The Waiting List For Transplants And Looking For Organ Donors

In the United States, recently, the University of Maryland School of Medicine carried out a successful trial of organ-transporting drones. The university made a number of test flights carrying a human kidney in March and found out that drones can deliver organs and can cut costs by more than 50%. Similarly, Johns Hopkins Hospital in the United States tested drones by transporting blood samples. In the Netherlands, drones are being tested to deliver emergency equipment, such as defibrillators, to quickly care for patients after a heart attack.