Organ Donation: A Wall Of Tribute For Donors Unveiled At Fortis Hospital To Mark The World Kidney Day

On the occasion of the World Kidney Day, Fortis Hospital, Vasant Kunj introduced a wall of tribute for organ donors in the hospital premise to honor the strength and kindness of donors and their families 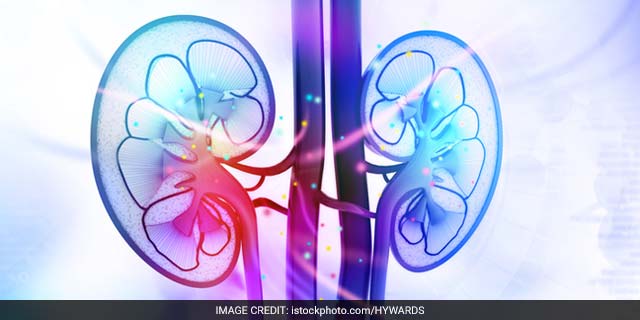 New Delhi: In order to honor the cause of organ donation and mark the occasion of World Kidney day (March 14), Fortis Hospital, Vasant Kunj, Delhi unveiled a wall of tribute for organ donors in the hospital premise. Instead of conducting its annual conference on kidney health awareness, this year, the hospital chose to dedicate the day to organ donors and their relatives. The event was attended by many dignitaries including the whole critical care unit and transplant committee of the hospital and Geeta Thapa, wife of a cadaver kidney donor, was the guest of honor at the event.

During the event CEO (Chief Executive Officer) of Fortis Dr. Bhavdeep Singh and Dr. Navneet Seth, Director of Fortis organ retrieval & transplant commended the work of the organ transplants teams, transplant coordinators & others and also applauded their conviction in the cause of organ donation.

Also Reads: ‘An Angel Gifted Life to My Daughter’

Every year we talk about the importance of a healthy kidney and how to achieve it but this year we thought, we should recognize the contribution of the donors in improving the lives of so many patients. It is a very difficult thing to give away a part of someone you love, it is not easy, which is why we feel we must pay a tribute to these brave and kind donors.

She further enumerated the methods of mass engagement for awareness building, adopted by the hospital. According to her, Fortis has been raising awareness on organ donation and conducting transplants for 10 years now. As a part of such awareness-raising efforts, Fortis introduced a wall in its campus inscribed with the names of organ donors and their relatives as a tribute to their strength and kindness.

Talking about the status of organ donation in India Dr. Seth said,

While organ donation has become easier as compared to a few years back, but it still faces a lot of deterrents. Many hospitals in India do not have the required mechanism to declare brain death and inform families to take it forward. While health is a state subject, only less than half of the states in the country have adopted the Transplantation of Human Organ Act (THO), 1994 till now. Also, infrastructure is not strong enough in terms of technology and medicines. Even now, organ transplant is not easily affordable by a patient with limited means.

Fortis with NDTV also kick-started a pan India campaign for organ donation- More to Give and has been supporting the cause for the last 3 years.

Chief Guest Geeta Thapa, who recently donated the organs of her deceased husband and saved lives said, “You will feel happy to know that your loved one is alive in someone else. It is nice to be able to bring happiness to someone”. Despite her recent loss Geeta Thapa graced the occasion to remind everyone how we all have more to give.

Also Read: Family Of The Women Killed In A Celebratory Firing On New Year’s Eve Donates Her Kidneys