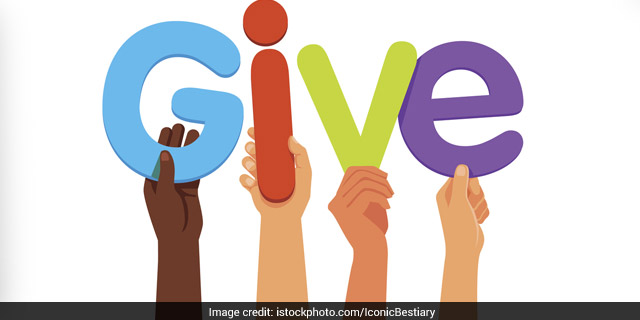 While, Uttar Pradesh Cabinet Minister For Health added, “#OrganDonation and Transplantation can improve the health, quality and span of a recipient’s life. Life is too precious. Don’t waste it. Be an #OrganDonor and save lives.”

#OrganDonation and Transplantation can improve the health, quality and span of a recipient’s life. Life is too precious. Don’t waste it. Be an #OrganDonor and save lives.#OrganDonationDay pic.twitter.com/DiKjeuE7Fc

Minister of State, Health and Family Welfare, Anupriya Patel said, “Let’s pledge to donate our organs and encourage others to do the same.”

let’s pledge to donate our organs and encourage others to do the same. Be an #OrganDonor. Visit https://t.co/Wrbx6Y9B3p or call on 1800114770 for more details. #OrganDonationDay #SwasthaBharat @MoHFW_INDIA pic.twitter.com/LjbGcQKcdk

Gul Panag was also part of the #MoreToGive Organ Donation Walkathon on Sunday. She flagged off the Mumbai leg of the six city Walkathon. The actor also said that being brought up in an army family made her understand the importance of organ donation, and that it was necessary to start having conversations about organ donation to change someone’s life forever.

Delighted to support & flag off @fortis_hospital 's #MoretoGive Walkathon. Take the pledge to donate your organs & you could save a life. (I pledged to donate mine in 2007 with @adgpi 's Armed Forces Organ Retrieval & Transplant Authority.) pic.twitter.com/N3ezW4cc0C

Actor Swara Bhasker who joined the Walkathon from Gurugram for NDTV-More To Give walkathon added, “5,00,000 people die in #India annually waiting for an organ transplant. Love your country, Donate your organs today.”

During the walkathon she also said that organ donation is one of the most under-represented causes in India. The number of 0.8 donors per million is a shamefully low number for India, a country with population of 125 crore. She also stressed on the importance of citizens becoming more aware and said that the act of donating one’s organs is an act of loving fellow Indians.

According to the experts, a cadaver or deceased donor can save up to 9 lives. That is one of the primary reason why a need is being felt to make more and more people aware of the benefits of being an organ donor.

Pledge Now: Take the pledge to donate your organs