34 Green Corridors In 34 Months: How Indore Is Saving Lives Through Effective Time Management 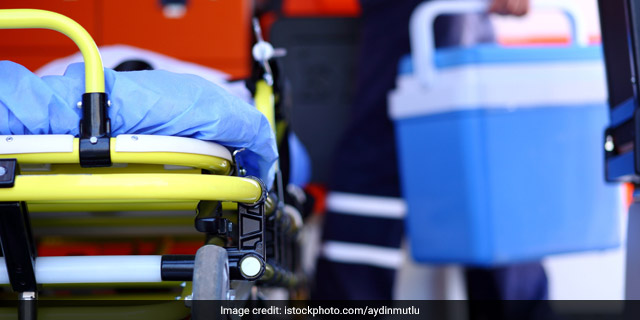 Mumbai: Traffic in Madhya Pradesh’s financial capital, Indore came to a standstill around 11.30AM on October 25, 2015. An ambulance from Choithram Hospital And Research Centre carrying a donated liver made its way to the city’s Devi Ahilya Airport and covered a distance of 10 kilometres, which otherwise takes 30 minutes, in a record 10 minutes. A route from Choithram Hospital And Research Centre to the airport was demarcated and cleared by the Indore Police. As the harvested liver reached the airport, the airport authorities swiftly completed the formalities and the liver was safely placed in a Delhi-bound private aircraft. This was the first time something like this had been done in the city.

Multiple stakeholders right from the group of doctors at Choithram hospital, Indore Police, authorities at Devi Ahilya Airport to coordinators from Indore Society for Organ Donation (ISOD) were on their toes to execute Indore’s first ever Green Corridor. Since then 34 green corridors have been executed in the city.

A green corridor refers to a route that is demarcated and cleared out for an ambulance carrying harvested organs. The objective is to ensure that the in-transit organ arrives at its destination in the shortest time possible for the transplant to happen.

Organs generally have a short preservation time which means that there are only a few hours within which the entire process, right from harvesting and transportation to the final transplantation surgery, must be completed. Coordination is the most crucial factor in making green corridors a success. Several authorities have to be on the same page and any glitch on anyone’s part can cost a patient’s life, Dr Sanjay Dixit, Joint-Secretary, ISOD tells NDTV.

How The Concept Of Green Corridors Reached Indore

It was in 1994, when the Government of India passed the Human Organ Act it resulted in tapping the organs of brain-dead patients to overcome the organ shortage. As soon as the act was passed, different regions in India initiated deceased organ transplantation. Likewise, Madhya Pradesh also started organ transplants but due to lack of concrete and streamlined mechanism pertaining to organ donation, the retrieved organs would go waste.

Thus, was born the Indore Society for Organ Donation in 2013 to popularise and facilitate organ tissue and body donation in Indore. After a series of discussions with all the major stakeholders i.e. administrators, doctors, NGOs, various hospital administrators and government officials, the ISOD took over the coordination aspect of the organ transplantation. A website was created on which various tertiary level government and private hospitals registered with the society. All the registered hospitals have enrolled the test reports of potential organ recipients on the ISOD website so as to maintain priority by giving weightage criteria like age, health status, number of months that one is on dialysis etc. ID and passwords are given to all the hospitals so that they can update their list of potential recipients.

Once the ISOD successfully initiated organ transplants within the city, experts from the organisation started researching about Green Corridor and how it can be facilitated in Indore. Success stories from southern states gave confidence to the ISOD to pull off something like that in Indore. The ISOD along with the city doctors and police personnel were given training sessions on green corridors and in 2015 the first green corridor was created.

Once a patient is declared brain-dead, the transplant coordinators of the respective registered hospital and counselors from designated NGOs approach family members of the deceased for organ donation. Following the consent, Dean and Appropriate Authority (comprising Deans of Government medical colleges in Indore) allocates the organs based on the information available on the ISOD website which is also linked to the list of National Organ and Tissue Transplantation Organisation (NOTTO). NOTTO functions as apex centre for all India activities of coordination and networking for procurement and distribution of organs and tissues and registry of Organs and Tissues Donation and Transplantation in country. The Dean and Appropriate Authority alerts the nine registered hospitals about the donor’s test reports. The medical specialists of hospitals, based on the test reports, decide whether the organ can be retrieved or not. If no patient in the city requires the organs, then Regional Organ and Tissue Transplantation Organisation (ROTTO) in Mumbai, the western zone, is alerted.

The next step is to decide if a green corridor is to be activated. In case it has to be created then Indore Police, Airport Authority and different Airlines work to create Green Corridor in coordination with ISOD.

How Green Corridors In Indore Are Saving Lives

While heart has a preservation time of 4-6 hours, lungs have 4-8 hours and kidneys having the longest preservation time up to 48 hours. Many lives, not only in India but all over the world, which could have been saved through an organ transplantation are lost because the organs failed to reach the recipients on time. Green corridors help eliminate the problem to some extent

Till now, nearly 175 lives have been saved in Indore according to ISOD. Besides, making transportation of organs swift within the city, green corridors have led to quick transfer of organs to other cities as well.

One of the most significant examples of effective time management took place in 2016. In October, it was for the first time when Indore witnessed two green corridors in one day to transport heart, liver, kidneys, eyes and skin of a 30-year-old man declared brain dead after a road accident in the city. Around 11.30 AM heart and liver of the donor, were transported from Choithram Hospital, where he died, to the airport to be airlifted to New Delhi. And at 12.05 PM, another green corridor was formed for the seamless-movement of an ambulance carrying a kidney of the deceased to city’s Greater Kailash Hospital.

In another moving incident a 14-year-old girl saved lives of three critical patients in the city after she was declared brain dead in October this year. Two corridors were created and in both the cases, the time to transport the organs was reduced by 30-40 minutes.

With every green corridor, the coordination and execution becomes easy. The ISOD, police and hospital authorities function as if they are one body. Every person involved in the process is well-versed with its role which has helped us carry out transplantation in a smooth way, says Dr Dixit.

Looking at success figures, a total of 162 organs and tissues have been transplanted under Green Corridor from October 2015 to November 2017, as per the ISOD in Indore. 24 livers, 14 hearts, 46 and kidneys have been transplanted from the donor to the recipient. Of the donated organs, 23 organs including hearts and livers were transported to different states like Delhi, Maharashtra, Uttar Pradesh and Haryana.

Indore: The City With Many ‘Firsts’ in Organ Donation

34 Green Corridors in Indore within a brief span of three years has brought the state of Madhya Pradesh in the national map of organ donation.