After a sudden brain death of 65-year-old Y. K. Bhalla from Delhi, the family donates his kidneys, liver and cornea and gives a new lease of life to four patients 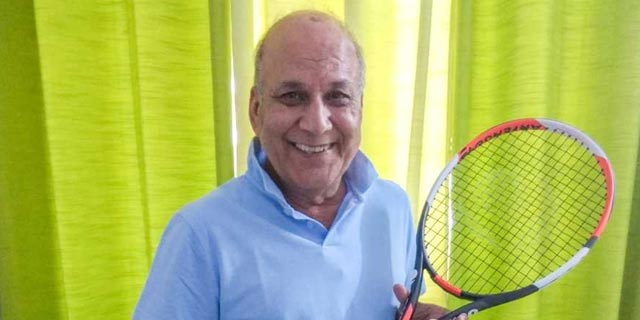 New Delhi: It is September 15, Naina Bhalla, wife of Y. K. Bhalla’s birthday. 65-year-old Y. K. Bhalla, has been taking care of his brother-in-law, who has been hospitalised in Fortis in New Friends Colony for 10 days due to hip fracture. But that day Mr Bhalla decides to stay at home while his son Rajat Bhalla takes over the responsibility to oversee his ailing maternal uncle. As soon as Rajat reaches the hospital, he gets a call from his mother asking him to come back home, as his father is not feeling well.

While I was on my way back to home, I received another call from my mom, asking me to come at the earliest as my dad’s condition is critical. He was having a headache, feeling dizzy, and was sweating very very heavily and getting cold sweats. He had his bypass surgery in 2006 and considering the current symptoms we thought it is a heart attack. We took him to a nearby J P Hospital, immediately, recounts Raja Bhalla while speaking to NDTV.

After a couple of tests, the doctors at J P Hospital declared that Mr. Bhalla had a massive heart attack and they are expecting more attacks and the treatment will be done accordingly. While the family heaved a sigh of relief that Mr. Bhalla managed to get treatment on time, fate had something else in store for the Bhallas.

By 4:30 in the afternoon, after all the tests, the cardiac surgeon informed us that it was not a heart attack in fact it has nothing to do with the heart. We were all very relieved that everything is okay and things will be fine soon, but the surgeon said that what happened in the morning is not something normal and this needs to be addressed, recalls Rajat.

The cardiac surgeon recommended the case to a neuro surgeon who then did a couple of tests including MRI (Magnetic resonance imaging) – a test done to generate images of the organs in the body. By 10 PM, it was clear that Mr Bhalla is suffering from bilateral cerebral infarction (a condition in which the flow of blood or oxygen in brain is affected due to blockage or narrowing in the arteries) and it might need a surgery that too as early as that very night.

Mr. Bhalla who was completely conscious, asked his family to shift him to another private hospital in the city, where his past treatment had taken place.

By one in the night, he was successfully shifted and was under the vigilance of doctors. The doctors assured the family that it is not a case of surgery and will be treated through medication. Though he was fine, by 4:30 AM he was shifted to ICU. But in just two hours, his situation deteriorated drastically and doctors had to put him on ventilator, calling for an urgent surgery.

Doctors told us that because of infarction, huge amount of fluid has accumulated in the brain and needs to be taken out immediately. It was difficult for us to accept all this because until few hours ago he was fine, if not completely, but he was talking to all of us, casually, says Rajat.

On September 16, around 8:30 in the morning a surgery was performed, successfully. Though the surgery went well, Mr. Bhalla’s situation was critical and he remained on ventilator for next 24 hours. On Monday (September 17) afternoon, doctors reduced the life support to minimum and asked the family to wake up Mr. Bhalla, but unfortunately they failed and by Tuesday Mr. Bhalla was declared brain dead.

While all the organs were working as perfectly as possible, it was the brain that was continuously echoing that there are no chances of Mr. Bhalla coming back to life. Seeing this, Dr P N Renjen, Senior Consultant, Neurology, suggested organ donation to the family and the Bhallas supported the decision whole heartedly. The only apprehension the family had was what if organs are misused, but Dr P N Renjen, Ms. Jyoti Sharma, the Transplant Coordinator and Dr Vikas Sangwan, Incharge, Cadaveric Organ Donation Program, together counseled the family and made the organ transplantation an easy process.

To confirm brain death, apnea test is done twice with a gap of 6 hours. In case of Mr. Bhalla, it was done at 6 PM on September 18 and around midnight. After the final declaration and consent from the family, organ retrieval process was initiated. While the liver and a kidney were transplanted at Indraprastha Apollo Hospital, the second kidney was allocated to another private hospital in Delhi by National Organ and Tissue Transplant Organisation (NOTTO) and cornea was transported to AIIMS.

One of the kidneys gave a new lease of life to a 41-year-old who was on dialysis for 18 years. The recipient suffering from chronic kidney failure had to wait for so long as there was no suitable donor in the family. The liver went to a 48-year-old suffering from Liver Cirrhosis for last four years.

Talking about the organ retrieval process, Rajat says, “Thankfully, hospital made it easy for us. Once the process was started, our billing stopped then and there only. Neither we had to pay anything, nor was it a lengthy process.”

It was not easy for me to take the decision of organ donation, but I guess it was the signal Mr. Bhalla gave me and I followed it. He might not be with us today, but he is living in others and that is what makes me happy, says Naina Bhalla.