This Durga Saves Three Lives By Donating Her Organs 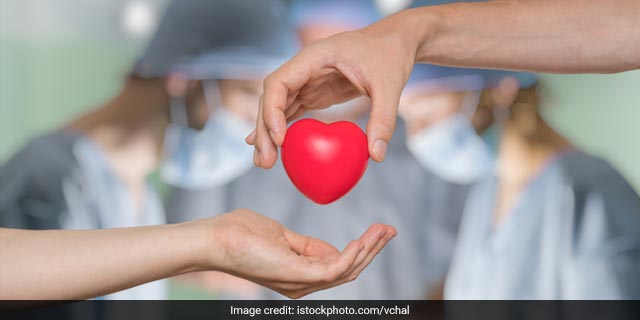 Mumbai: On the auspicious of Masha Sashthi, (a day that is considered as the start of Durga Puja) as people across India celebrated the arrival of Maa Durga and sought blessings from her, another Durga, a homemaker, proved to be a blessing for three critical patients in Kolkata. Family of the 68-year-old Durga took the decision of donating her organs after she was declared brain dead by Apollo Gleneagles Hospital. Durga Sadhu succumbed to heavy intracranial bleeding on Monday evening. Her family donated her two kidneys and liver to two renal failure patients and one liver failure patient respectively.

Also Read: On Dussehra, 300 Women In Thane To Participate In A Bike Rally To Spread Awareness On Organ Donation

As soon as the family gave consent, doctors at the Apollo hospital alerted the authorities at the Regional Organ and Tissue Transplant Organisation (ROTTO), an organisation that monitors the entire process from procurement of organs and tissues to transplantation when organ is allocated. Based on the data available with the ROTTO, three patients waiting on the organ transplant list at the state-run Seth Sukhlal Karnani Memorial Hospital (SSKM) hospital were selected. Different series of tests like cross-matching were conducted to determine if the donor’s blood is compatible with the blood of an intended recipient.

To ensure that no time is wasted between organ retrieval and transplantation, a Green Corridor with the help from Kolkata Police was created between the SSKM and Apollo hospital covering a distance of 12 kilometres.

Meanwhile, the recipients at the SSKM hospital were prepped and kept ready. The transplantation took place as soon as the organs arrived. After the three transplants, the condition of the patients was “stable and under observation”, the doctor said.

Besides, liver and kidneys, Durga’s skin has also been preserved at the skin bank of the SSKM Hospital and corneas were sent to a private eye hospital in the city for preservation.

This is the ninth deceased organ donation in Kolkata this year. A few days ago, two heart transplants were carried out in less than 24 hours in the city. A a 600 km green corridor was also set up from Patna to the city for the transplantation. Following a heart transplant on a 51-year-old man in a city hospital, another transplant was carried out on a young woman in another health facility. The heart for the second transplant was harvested from a 19-year-old youth, who was declared brain dead at the Indira Gandhi Institute of Medical Sciences (IGIMS), Patna after suffering an accident the previous day. His family gave the consent to donate their son’s organs like heart, liver and kidneys.

In the same week, another 51-year-old man got a new lease of life. The organ, harvested at Kakinada in Andhra Pradesh, was flown to the city in a chartered plane. It was brought to Fortis Hospital, Anandapur, in the southern part of the city, from Netaji Subhash Chandra Bose Iinternational airport through a green corridor, covering a distance of 26 kilometres in 16 minutes.