Lanes Of Hope: How Green Corridors Help Save Lives

A green corridor refers to a route that is demarcated and cleared out for an ambulance carrying harvested organs. The objective is to ensure that the in-transit organ arrives at its destination in the shortest time possible. 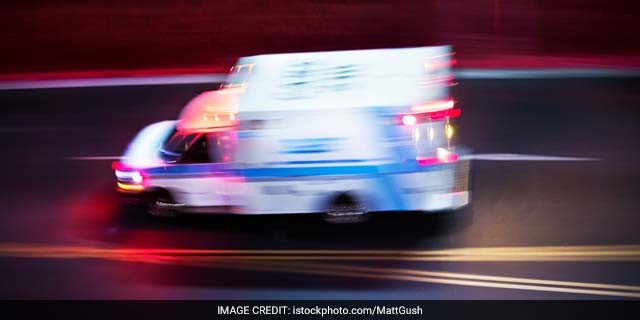 New Delhi: Almost a decade ago, in September 2008, an ambulance made its way through peak traffic in Chennai, reaching its destination in a record 11 minutes. On a normal day, this same route and distance would have taken at least 45 minutes. However, that day was different– as a 9-year-old girl awaited a critical life-saving transplant, the Chennai Police had swung into action and created a special route that allowed the ambulance carrying the organ free passage.

This was the first time that something like this had been done in the country.

6 years later, in July 2014, a similar scenario played out in Chennai, with a heart being transported from one hospital to another in half the usual time. This time, the coordination between the hospital and police was given a formal name – “Green Corridor”.

What is a green corridor?

A green corridor refers to a route that is demarcated and cleared out for an ambulance carrying harvested organs. The objective is to ensure that the in-transit organ arrives at its destination in the shortest time possible.

The requirement for something like this arises from the fact that organs generally have a short preservation time which means that there are only a few hours within which the entire process, right from harvesting and transportation to the final transplantation surgery, must be completed. There is an added urgency in cases related to the heart which has to be harvested and transplanted within 4 hours.

Additionally, studies suggest that the shorter the wait between harvest and transplant, the better the odds are of the surgery being successful. This makes quick transportation all the more important.

According to Dr Avnish K Seth, Director, Fortis Organ Retrieval and Transplant, Fortis Healthcare, the idea to set up green corridors for organ transportation came from VIP motorcades which are routinely created in the country to offer security and allow politicians and other VIPs to bypass traffic on heavily choked routes.

Incidentally, this practice is exactly what has helped the police quickly set up and manage green corridors, even during peak traffic hours, says Garima Bhatnagar, Joint Commissioner of Police, Traffic, Delhi.

“We always have staff on the ground, so within 2 to 3 hours, we quite easily manage to set up a green corridor,” she adds.

“The police have been absolutely amazing and the response has been very positive each time. In fact, once we had to set up a green corridor between Gurgaon and Shalimar Bagh. The police told us that the Prime Minister was expected on the route and asked us if we could delay. We told them it was not possible and they made it happen,” says Dr Seth, crediting the readiness and swiftness of the police for the success of green corridors in Delhi-NCR.

However, in spite of all its success, Dr Seth does not believe that green corridors are the perfect solution for organ transportation. “I would say that green corridors are not the way forward. We have repeatedly been using these but they are a great inconvenience to the general public travelling on those roads. The future is in the air routes which is a much faster and viable option. Air ambulances are the best option and will definitely be in use in the future,” he says.

Air ambulances have already been deployed to transport organs between cities in India and initial talks have begun with government officials to make their use more prevalent. Of course, high costs and lack of relevant infrastructure for airlifting organs mean that, for now, green corridors remain the simplest and most effective option.