Bone Marrow Donation Is Neither Complicated Nor Does It Require Surgery, Say Experts 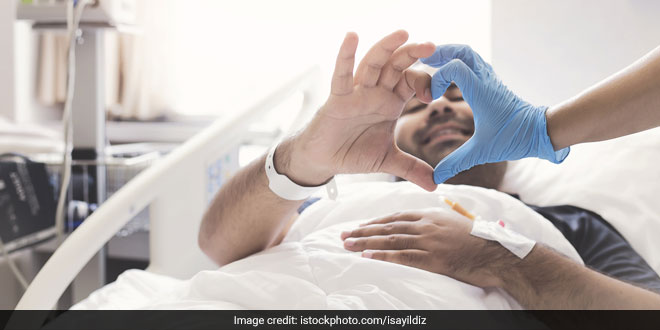 New Delhi: According to Marrow Donor Registry of India, at any given time, there are about 3,000 patients searching for a donor for a bone marrow transplant, around the world. Less than 30 per cent of these 3,000 patients are likely to find a suitable donor within their family and the other 70 per cent will have to rely on a match from bone marrow donations outside their family circle.

A person requires a bone marrow transplant (BMT) when their blood is not healthy enough to support them or to fight an underlying disease. BMT is a procedure to replace bone marrow that has been damaged or destroyed by disease, infection, or chemotherapy, with healthy bone marrow stem cells. When BMT is successful, the new stem cells work to produce healthy red blood cells, white blood cells, and platelets.

The first step to find a donor is to conduct tests on family members to determine if they are a match for the patient. Siblings are more likely to be a match as compared to parents, but only about 30 per cent of people needing a transplant are compatible to match with their sibling.

Finding a bone marrow donor in India is a challenge as the donors are not registered with National Organ and Tissue Transplant Organisation (NOTTO). There are very few independent donor registries but the oldest of them is Marrow Donor Registry, India (MDRI).

The chairman of MDRI, Dr. Sunil Parekh told NDTV that MDRI has 6 independently run centres across the country that regularly update the donor details on a common portal. All these centres come under the World Marrow Donor Association (WMDA) in Netherlands which receives the medical reports of the donors through this server and help with the coordination of finding donors globally.

Dr. Parekh explained that MDRI recruits donors by organising awareness drives in various IT firms and colleges like Indian Institute of Technology, Bombay.

A bone marrow donor has to be in good health to be able to donate their stem cells. The younger the donor the better it is, as it increases the chances for the bone marrow being accepted by the patient’s body. There are five major criteria for enrolling as a donor.

We decide to perform BMT only when we have found a suitable donor as the process of finding a donor can be a pretty tough Dr. Avinash Bonda, Assistant Professor, Tata Memorial Hospital, Mumbai told NDTV.

According to Dr. Sunil Parekh, lack of awareness is a major challenge to recruit donors in India. He insists that when it comes to organ donation in general, there is a mental block and fear that such donations will adversely impact their health.

He further elaborated how the issue has been handled in Germany, as students are taught about BMT along with other organ and tissue, transplant and donation, at school level. Therefore, owing to the awareness, donors in Germany sign up in large numbers as soon as they turn 18.

Although they have managed to recruit 46,000 donors till date, funding to create awareness for BMT is not easy as MDRI is an independently run NGO.

Dr. Bonda also explained that only five percent or less of a donor’s stem cells are needed to save the patient’s life and after the donation, the body replaces the donated stem cells within four to six weeks.

Being a bone marrow donor is easy yet most people are not aware of this process hence assume it to be a complicated one. Some people even think it is surgical. Interested person can sign up on MDRI by visiting any one of their centres and give a blood sample. If the stem cell matches with any patient in need of BMT, the donors are contacted, he further added.

Right before the donation process, doctors may request for a few confirmatory blood tests for a final fitness evaluation. A process called Peripheral blood stem cell collection (PBSC) is conducted to initiate the transplant from the circulating blood. This process is painless, non-surgical, involving only a needle in the arm vein.

PBSC Donors may have symptoms such as bone or muscle pain or fatigue. These symptoms, however, disappear within one or two days.