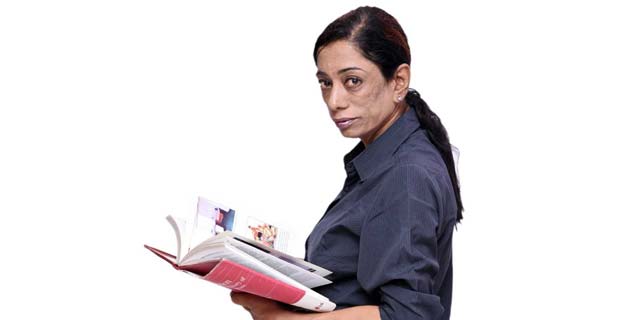 New Delhi: A blogger and owner of an advertising agency in Mumbai, Radhika Sachdev is also a double-cancer survivor and liver transplant patient. When in June 2016, Ms. Sachdev found out about her liver failure and the fact that she had slim chances of survival, her life came to a standstill. About fifteen years ago, Ms. Sachdev was diagnosed with chronic liver disease, Hepatitis C, which she got due to contaminated blood transfusion during a medical procedure. In 2016, after successfully fighting the disease, Ms. Sachdev, found out that her liver has contracted yet another chronic liver disease, Cirrhosis that causes liver failure. At the same time, a cancerous tumour started developing in her liver. As her condition started deteriorating, she found out that Liver Transplant was the only possible solution.

The Stressful Days Prepping For The Transplant

After Cirrhosis was diagnosed, Ms. Sachdev was told that she had just three months left to get a second shot at life, so the transplant had to happen within that time frame. She recalls,

For me, it was very overwhelming information. I just sat in pitch darkness for hours, just sobbing my heart out and not knowing what to do next. I didn’t know who to break the news to first- my 76-year old father or my 14-year-old daughter or one of my sisters.

After letting her family know about her condition, Ms. Sachdev registered herself in five different hospitals in Mumbai, Pune and Chennai to find a donor. The family had bags packed all the time, hoping to receive a phone call about a potential donor at any time. Ms. Sachdev said,

We were desperate. We were trying to find a cadaveric donor (a donor who has been declared brain dead) for the liver at the earliest since I had only a few days in hand and my immediate family was not in a position to donate. Waiting every second felt like hours and days.

For Ms. Sachdev, finding a donor was the first among many difficulties that were about to crop up including mounting expenses and difficult post-operative care including medicines, nursing and regular tests.

While waiting for a donor, Ms. Sachdev and her doctor started preparing her body for the transplant. Series of preliminary tests required for pre-transplant were done and she was put on a special protein-rich diet to avoid building up of toxins in her body. During this period, doctors also found a cancerous tumour developing in her breasts, and that was immediately removed through an operation at a private hospital in Mumbai.

Finally, on September 5, 2016, she got a call from Sahyadri Hospital in Pune, where her liver transplant took place. She said, “It was the auspicious day of Ganesh Chaturthi when I got the call from the hospital. When I reached the hospital, I found that I was listed number 4 to get the operation.”

After a successful six hours surgery when Ms. Sachdev woke up, she had acute pain in her body but more than the pain, there was a new hope in her, to live and share her experience through her writing.

Healing And Bringing Life Back On Track

Post operation, Ms. Sachdev and her family were given a list of instructions and medicines to help her recovery and get her life back on track. On a high dose of immunosuppressant during the first week, Ms. Sachdev suffered continuous fever which according to her doctor was not a good sign. Her body was rejecting the new liver. She said,

I was extremely scared. My body was in pain and my family was worried. The paramedic staff helped me get through this phase. Even now, I reach out to my doctor and transplant team every time I feel unwell.

Along with the doctors and medical staff, Ms. Sachdev found a healer within herself, a mind more determined than ever to stay strong for her daughter and her father. Her family’s support at every stage of recovery also helped her to a great extent. She said, “Getting support from your loved ones is half the battle. The love of my daughter and my father helped me remain strong. But still, there are some days of trouble when I earnestly talk to my internal organs. I remind and persuade them to co-exist happily with each other and especially with the new guest, the liver donated generously by an anonymous, cadaveric donor.”

According to Ms. Sachdev, she has recovered to a great extent and lives a normal life with few restrictions like avoiding infections, taking medicines on time, eating healthy and going for regular check-ups.

Authoring Her First Book, Second Go, Ms. Sachdev Wants to Share Her Experience And Help Others

Ms. Sachdev, who has been writing for years, started jotting down her struggle during her illness since she found out that she had only few months to live. She says writing was the only way to keep her distracted from the pain and kept her going on days that were a little more difficult than others.

Post-surgery, confined to her quarantined room for almost two months, Ms. Sachdev was not allowed to interact with anyone, except her immediate family and her 24-hour nurse. She said,

I had very little to sustain my sanity with, except to write. Just three days after my surgery, I picked up my smartphone again and started putting down my thoughts in a blog. It reached many people and I started receiving a good response. During those days, I was approached by a publishing house after which I started working on my first book titled ‘Second Go: First-Hand Account Of A Liver Transplant Recipient’s Journey In India’ which got released in December 2018.

She further added, “My book entails my first-hand account of going through the process of liver transplant, right from diagnosis of the disease, getting a number of tests done, waiting for a donor, to the operation and post-operation healing process along with all the agony, fear, hope, love and courage I experienced throughout my journey. It is a go-to book, a guide for people to know how to deal with the damaged liver and what to do at every stage in the process of getting a liver transplant.”

Grateful To Her Donor, She Wishes To Be A Organ Donor Herself

Ms. Sachdev along with her family pledged to donate her organs a few years ago. On the day of her operation, while on the way to the operation theatre, Ms. Sachdev requested her transplant team and her family to donate all her healthy organs in case she dies during the procedure. She said,

I told my doctor and my family that I lost my mother four years ago on a ventilator after a struggle of 18 days. I do not want this to happen to me. If the operation is unsuccessful then just don’t put me on the ventilator, instead, donate whichever organ you think is fit to donate.

She says, “It is ironic that I am an organ recipient as I wanted to be an organ donor. But I am also one of the very few lucky people who actually got a second chance in life because a family agreed to donate the liver of their deceased loved one. Through my book and my writings, I want to motivate those who are undergoing the agony, on how I handled the suffering. I also want to inspire potential donors to not shy away from gifting someone a gift of life and let their deceased loved ones live through someone else.”

To support the cause of organ donation and to fulfil her mother’s pledge, Ms. Sachdev’s family donated her mother’s eyes when her mother passed in 2012 after a prolonged illness. Ms. Sachdev is also running a campaign called #LifeBank to raise awareness among people on the huge gap between the number of available organs and the ever increasing number of people waiting for an organ.