In December 2015, 42-year-old Karhun Nanda, a sportsman from Delhi who suffered a severe heart attack got a heart transplant almost a year later and he is now back on the sports field 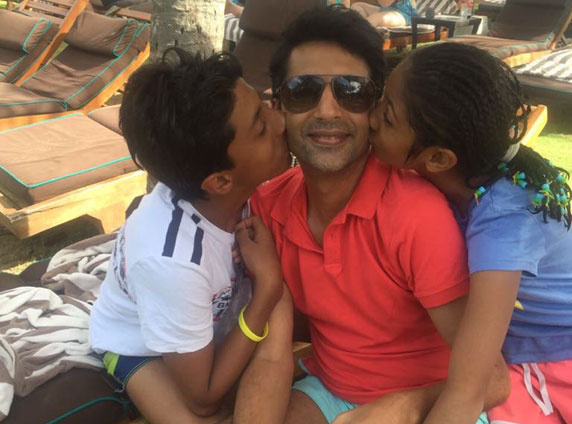 New Delhi: In December 2015, 42-year-old Karhun Nanda, a footballer, suffered a severe heart attack, a condition known as “Sudden Cardiac Death” which eventually led to congestive heart failure. The medical reports of Mr. Nanda say that he suffered the heart attack due to ‘idiopathic condition’, meaning any disease or condition which arises spontaneously and for which the cause is unknown. The doctors at Fortis Escorts Hospital, Delhi suggested a heart transplant as the only solution. Almost a year later, Mr. Nanda received a heart transplant in November 2016. Two years on, he is now training to participate in the ‘World Heart Transplant Games’ next year.

It happened on one regular Saturday morning while he came back from his football game with aches and pains. Half an hour later he was down on all fours wincing with pain. We rushed to our family doctor who got the ECG reading and found that Kahrun had a heart-attack

He was then taken to Fortis Escorts Hospital where he got an emergency stent surgery and was put on life-support. He went into a coma for a week and it took another few weeks of recovering in the hospital, informs Ritika. Rest, recovery and regular check-ups continued for six months but his condition was not improving.

“It was hard for me, our kids and his parents to see him struggling to walk to the toilet, and bathe. He has always been our hero”, says Ritika.

In September 2016, they were told that it is heart failure and a heart transplant was necessary for his survival. Leaving his children with his sister and mother-in-law, Mr. Nanda moved to Chennai with his wife in October and was put on a constant drip called ‘Milrinone’ which helped him survive the waiting period.

He got the heart transplant at Fortis Malar hospital in the first week of November. Mr. Nanda considers himself to be one of the lucky ones to get a transplant before it was too late. He said,

Nobody knows why the heart attack happened. Apparently, Sudden Cardiac Death due to an idiopathic condition is becoming common among the young generation, especially sportspersons. I am very lucky to get a heart so soon. 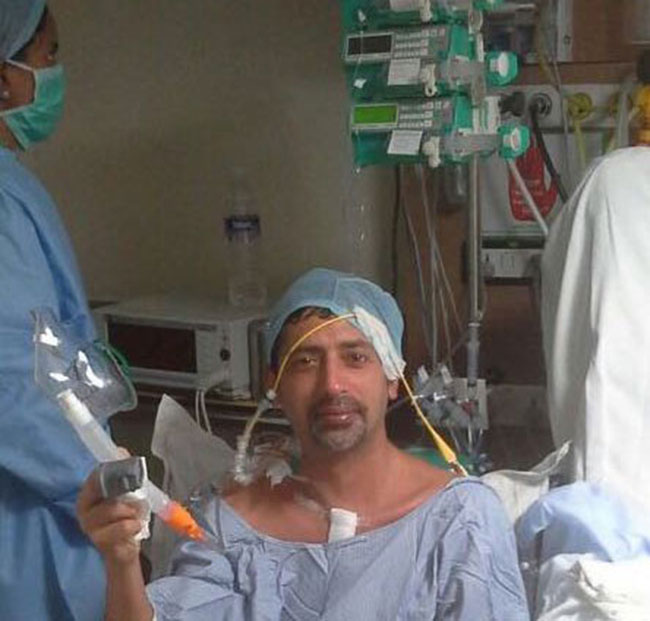 Getting Life Back On Track

Mr. Nanda stayed in the hospital for 25 days after the transplant and then for a month in Chennai. Because he was on high doses of immunosuppressant medicines, he was susceptible to infections much more than others; he was confined to the quarantined and sanitised bedroom for six months.

He said, “After coming back to Delhi, I was confined to my bedroom only. We did not allow a lot of guests and whatever immediate family members who came had to wear masks and take off their shoes.”

There are many precautions and restrictions that Mr. Nanda has to adhere to, even now as he is required to take an immunosuppressant medicine for the whole of his life. The four major restrictions include – taking the medicines exactly on the time prescribed to avoid rejection; taking the prescribed tests to check the blood levels, lungs, kidney and other organs every three months without a fail; not eat any raw food, semi-cooked, or under-cooked food; and avoid contact with people who are suffering from any kind of infections at any cost.

Also Read: Re-Born At The Age Of 45, Thanks To An Organ Donor, Naresh Vaidya Feels Super Happy To Be Alive

After one year of the transplant, Mr. Nanda returned to work and took up football and golf. He said,

I re-started football but I couldn’t carry that on because I got a knee injury a few weeks ago for which I am taking physiotherapy rehabilitation. But I have taken up golf very passionately. I play golf a couple of times a week and I go for my walks regularly.

Mr. Nanda is also training for the ‘World Heart Transplant Games’ to be held next year in England. The games are associated with the Olympic committee and every two years they invite heart transplant patients to participate. He said, “I will be participating in four events there: Golf, cycling, athletics, 5-kilometre road race.”

However, this passion for sports comes with its own set of challenges. When the doctors removed his heart and put a new one, they also removed the nerves which are connected to the heart. So it is ‘de-nerve rated heart’ which means that the nerves that connect the brain and heart are not present. Because of this, the brain is not able to communicate with the heart and so the brain does not know when the heart is beating abnormally fast because of which the body doesn’t know when to slow down.
Mr. Nanda said,

When my heart is running faster, my brain cannot tell it to slow down. Because my heart is de-nerve rated, my brain is not able to produce ‘heart rate inhibitors’ which are the enzymes that the brain uses to control the pace of heartbeats.

He added, “I control my heart-beat rate manually by constantly monitoring the heart so that I can slow myself down when the heart beats too fast. If my heart beat goes above a certain limit, it is very difficult to slow it down. I have a watch and a spirometer to help me monitor my heart beats. But for the upcoming games in England, I am going to buy a chest monitor.”

The average life expectancy of a heart transplant patient is 10 years. The medicines which the heart recipient takes to avoid organ rejection affect the other organs in the long-run as they harden the arteries. Because of this, Mr. Nanda will need to register himself for another heart transplant in 10 years. “But I am trying to beat this average like many other patients do by avoiding rejections, and avoiding falling sick”, says Mr. Nanda with determination. 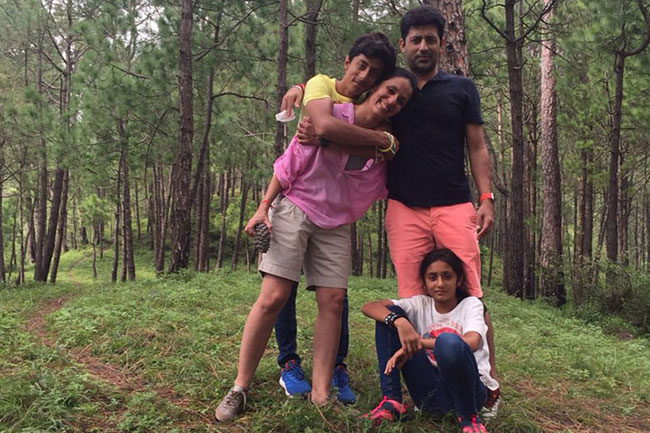 “We were blessed to meet with superb doctors, good advice and had implicit faith in the path we were taking”: Ritika, wife of Mr. Karhun Nanda who had a heart transplant in 2016

Mr. Nanda and his family are extremely thankful to the person who donated his heart. He asserted,

The guy who gave the heart is a God to me as he has given me life, my children have a father because of him, my wife has a husband because of him and my parents have a son because of him. There is no bigger religion than the religion of humanity and saving someone’s life. Everyone should be a part of this.

Mr. Nanda is now working with some NGOs on raising awareness about cadaver organ donation. He also speaks to potential donors and tells them about his life and how important it is to donate organs. You too can save a life, take the pledge and be an organ donor.