After Being Diagnosed With Cancer Twice, This Pune Artist Got A New Lease Of Life With A Bone Marrow Transplant 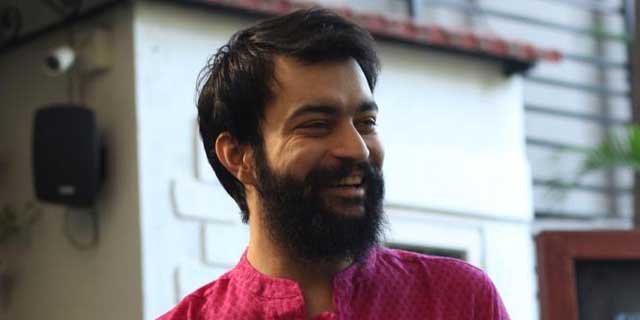 New Delhi: It all started in 2009, when Kartikey Sharma, then a high school student in Mumbai, was first diagnosed with Hodgkin’s Lymphoma (Stage II), cancer of part of the immune system called the lymphatic system. At that time, for about ten months, while he was preparing for his Higher Secondary exams, he was also undergoing Chemotherapy. The treatment had been successful, the cancer was gone. He even managed to score over 90 per cent in his 12th Board Exam and started pursuing engineering in Pune. However, in college, he decided that he does not want to be an engineer but a graffiti artist. All was well, now a 23 year-old Kartikey started his new journey as an artist, he founded Pune based art start-up called Jumbish. Just as things were falling in place, his cancer resurfaced and this time it was diagnosed at the fourth stage in February 2016.

Putting his career on halt, he moved back to Mumbai to start his chemotherapy. 12 rounds of aggressive chemotherapy later, doctors were not pleased with the result and recommended him to go through Hematopoietic Stem Cell transplantation, commonly known as bone marrow transplant.

A person requires a bone marrow transplant when their blood is not healthy enough to support them or to fight an underlying disease.

After a series of failed chemotherapies for one whole year, where we tried everything in the book to get the cancer under control, but the cancer cells kept growing uncontrollably and the traditional treatment did not work. Seeing this, we were forced to go for bone marrow transplant, Kartikey’s doctor, Dr. Avinash Bonda of Tata Memorial Hospital, told NDTV. 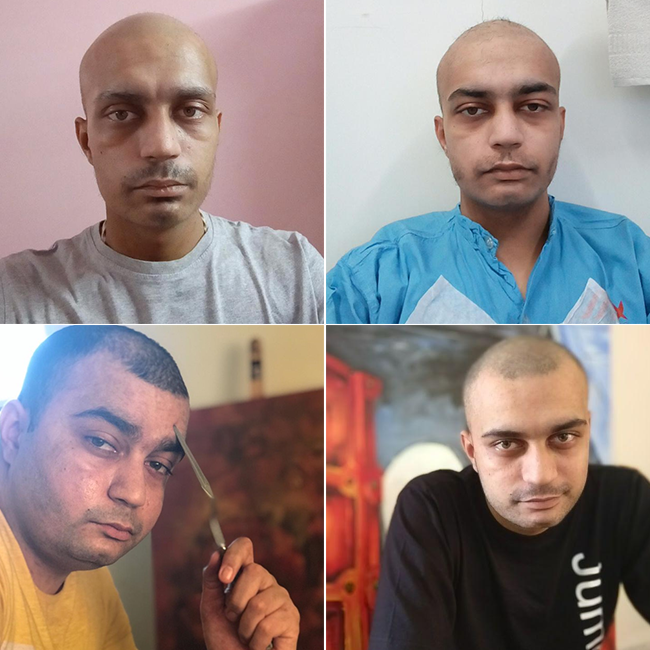 Kartikey’s transformation over the last 3 years

For any person who needs a bone marrow transplant, the first step is to conduct tests on family members to determine if there is a match for the patient.

In my family, my parents were 50 per cent match each and my sister happened to be a zero per cent match. Since we were running out of time, the doctors decided to go with my mother as the donor despite it being only a 50 per cent match, said Kartikey.

This was slightly risky as there was a higher chance of his body not accepting his mother’s bone marrow. However, even though it took a while, the body did accept the bone marrow.

This is a common practice as getting a desired bone marrow donor is not easy and I didn’t have the privilege of time, Kartikey told NDTV.

His mother, Sunita Sharma, told NDTV that the donation process was a simple one and similar to donating blood.

I had a syringe in my arm and they pumped my blood out to transfer it to my son. It was similar to donating blood and while I felt a little uneasy and weak after the donation, it was nothing compared to the satisfaction I got. After feeling helpless for months, I felt like I may actually be able to save my son’s life. I was absolutely fine within a week, Mrs. Sharma said.

Talking about the procedure of the transplant, Kartikey elaborated on the pre-transplant procedure.

First is the pre-transplant chemotherapy which is the strongest possible chemotherapy to suppress the blood counts to get them as close to zero, which takes about 10 days.

Then for the transplant procedure, I was taken to a room, which is a special ICU, where I lived for the next 30 days. Here they injected the new bone marrow and conducted other treatment-related procedures. He said

Kartikey said that the chances of catching an infection at this stage are very high and consequences can be fatal as this was the most delicate time of the procedure.

Completing this is the second checkpoint. I stayed there for 34 days, he added

Then for approximately 300 days, he lived in the hospital room, under observation, for the continued treatment and recovery.

I was given various drugs to build the blood counts and learn to live all over again. I had to stay away from any and every infection as it could be fatal.

Finally, after ten long months of recovery, he was allowed to go back home. This was the third checkpoint.

The next checkpoint is when you complete one year. It is considered to be a successful transplant once you cross one year mark and from here we monitor the blood counts twice a week and give the patient “maintenance” drugs. He is still under observation as he has his routine check-ups twice a week Dr. Bonda added.

It’s been one year and 10 months since the transplant and I’m being given vaccinations like polio and hepatitis, Kartikey said.

Talking about the costing of the Bone Marrow Transplant, Kartikey told NDTV that the cost, just like any other procedure, the cost depends upon the hospital.

The cost of the transplant was ₹26 lakhs plus the medication cost roughly Rs. 7 lakhs, he added.

“The number of registered donors are very limited and organisations getting donors to register are also very less. In such a scenario patients look for donors within family also because there is a high chance of getting a match there. In case one doesn’t find a match in the family then getting a donor is a tedious and time consuming job.” Mr. Sharma said.