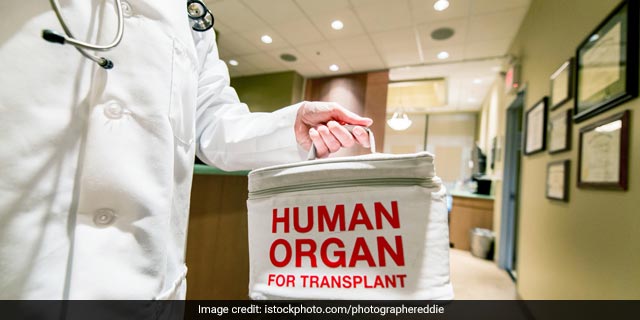 New Delhi: A thirteen-year-old girl, had slipped into coma a few days ago and was declared brain dead on Saturday in West Bengal’s Durgapur. After the doctors announced her as brain dead, her family made the decision to donate her organs with the aim to save lives, and that’s exactly what happened when a team of doctors from Seth Sukhlal Karnani Memorial (SSKM) hospital in Kolkata travelled to Durgapur Mission Hospital and collected her liver, kidneys and corneas to bring back to the state capital.

A green corridor was created by the police to enable the team of doctors to successfully transport her organs for 170 kilometres in two hours.

Deputy Commissioner, Asansol Police Commissionerate, Abhishek Modi told the reporters that the organs were transported in a convoy and passed through a green corridor covering a 170-km distance and four districts, via Panagarh Bypass-Burdwan-Dankuni-Santragachhi.

The kidneys were transplanted on Abhishek Misra and Mithun Dalal from North 24 Parganas and Nadia districts, after a cross-matching done on Sunday midnight. All the arrangements were made to start the transplants, once the organs reach the hospital. The surgeries were concluded at around 2:30 am on Monday, the senior doctor of SSKM Hospital said.

The transplants were successful, both the patients are in stable condition and will be kept under observation for about 72 hours, he added.

The girl’s liver was transplanted on Sanjit Bala, who is currently on ventilator but his condition is otherwise stable. The doctors said that his body did not show any symptoms of rejecting the new liver.

The corneas of the girl were also retrieved and are stored in an eye bank.

The girl’s parents said that they had decided to donate her organs as it would help save several lives and keep their daughter alive through other people.

In India over 2 lakh (2,10,000) patients await organ and tissue transplant out of which only 8000 patients are able to get a donor. In spite of the Human Organ Transplant Act 1994, cadaveric transplant, that is, taking organs (heart, lungs, kidneys, liver and pancreas) as well as tissues (skin, corneas, tendons, bone) from brain dead as well as heart dead people, are still limited in number.

With inputs from PTI.