During the 9th Indian Organ Day celebrations by National Organ and Tissue Transplant Organisation (NOTTO), Union Minister of State for Health and Family Welfare Ashwini Kumar Choubey said that superstitions around organ donation discourage people and so there is a need to spread awareness about the cause 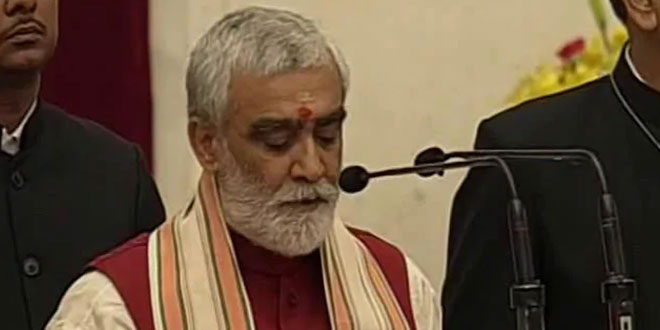 New Delhi: There are many myths and misconceptions around organ donation in our country and people often get discouraged due to the superstitions around it, Union minister Ashwini Kumar Choubey said on Tuesday. The Union Minister of State for Health and Family Welfare was addressing the gathering at 9th Indian Organ Donation Day celebrations by the National Organ and Tissue Transplant Organisation (NOTTO) under the aegis of the Health Ministry.

Many myths and misconceptions surround organ donation. Very often organ donation gets discouraged on the basis of superstitions. I salute all those who have shown courage to donate an organ of their near and dear ones, and shown us a direction to emulate this brave act.

He added, “There are lakhs of people who wait at top hospitals for life-saving transplants amid an acute shortage of donors. There is a need to spread awareness about organ donation and bridge certain gaps. Even if a section of individuals decides to donate his or her organs, it will bring a huge change.”

When seen from the perspective of reason and rationale, the gift of life is the ultimate gift that one could give an organ donation is, therefore, this God-like act needs to be encouraged.

She further asserted, “It is important to understand that in India it is mainly the living donors who are donating organs and only about 23 per cent of the organ transplant is being done with organs obtained from the cadavers. There is a need to promote cadaver or deceased organ donation rather than relying on living donors in order to avoid the risk of commercial trading of organs and also to avoid the inherent risk to the health of the living donor.”

India had recently set a world record of over 20,000 online pledges for organ donation in a single day surpassing the US.