Sushma Swaraj tweeted on Wednesday morning that she has been on dialysis after being diagnosed with kidney failure. She is also undergoing tests for a kidney transplant. Here's how Twitter reacted to the news. 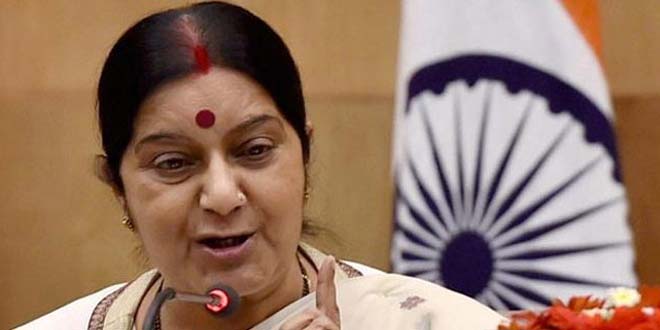 New Delhi: External Affairs Minister Sushma Swaraj tweeted on Wednesday that she has been on dialysis at New Delhi’s AIIMS after suffering kidney failure. She also said that she is undergoing tests for a possible kidney transplant.

In a little over an hour, her tweet had been retweeted over 3000 times and had garnered over 5000 likes.

Delhi Chief Minister Arvind Kejriwal and Former Chief Minister of Jammu and Kashmir Omar Abdullah were among the first ones to tweet their condolences.

Very sorry to hear about your health problems @SushmaSwaraj ji. My father went through the same so I know how you & the family must feel.

@SushmaSwaraj My prayers & good wishes with you, Sushma ji. May you get well soon.

People from across the nation wished her a speedy recovery.

@SushmaSwaraj Mam If you wish. I am ready to donate my kidney for you. Nation needs your services

@SushmaSwaraj get well soon ma'am, can't have one of our most proactive, humane and efficient ministers out of action for too long. ???

@SushmaSwaraj sets yet another benchmark. In terms of being honest about health issues. This is truly a new India as it should be.

@SushmaSwaraj praying for your recovery, ma'am! get well soon! the country needs you! god speed!

@SushmaSwaraj Wish you all the best Sushmaji, am confident you will come through this difficult period stronger. Our thoughts are with you.

@SushmaSwaraj Get well soon ma'am. We are privileged to have you as a minister and people's blessings are with you.

Sushma Swaraj was admitted to AIIMS on November 7 for some endocrinological tests, and is being monitored by doctors. “Sushmaji is a diabetic because of which her kidney has got affected. She is undergoing dialysis. She is stable now,” the AIIMS doctor told IANS.

According to him, Sushma Swaraj’s sugar level remains high, due to which she is facing severe diabetic problems.

She has been suffering from diabetes for almost 20 years. The 64-year-old BJP leader was admitted to AIIMS in April also when she underwent treatment for pneumonia and other health issues.