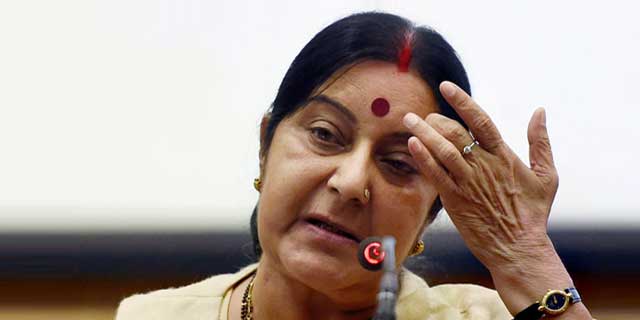 During the surgery, Swaraj was transplanted a kidney of an unrelated donor which was found almost a week after her daughter was turned down as a potential donor by the doctors as she too was diabetic and suffering from obesity.

“The surgery was successful and both, the donor and the recipient, have recovered from the general anaesthesia now. Both of them have been shifted to ICU to be monitored as part of the post-operative procedure,” M C Misra told IANS.

He said the procedure began at 9 a.m. and lasted till 2.30 p.m. The surgery of both, the donor and the recipient, went on for 90 minutes each.

A dedicated team of 50 medical staff was required for the entire procedure. Several senior doctors were involved such as M Minz, V K Bansal and Preet Mohinder Singh among others under the leadership of Director M.C Misra.

The three-hour surgery was performed at the Cardio Thoracic and Neuro Sciences Centre of the hospital.

The 64-year-old, who has been in and out of AIIMS for the last few months, was admitted to the hospital on November 7.

Ms Swaraj on November 16 said in a tweet that she was admitted to AIIMS because of a kidney failure.

According to Professor Misra, Ms Swaraj will take at least 7-10 days to get discharged.