Sushma Swaraj Continues To Grant Medical Visa To Pakistani Nationals, Most Of Them In Need For Organ Transplants

External Affairs Minister Sushma Swaraj continues to grant visas to Pakistani nationals on medical grounds, most of these are visa requests for organ transplant. Ms Swaraj had granted 8 visas in November and has now granted 8 this month 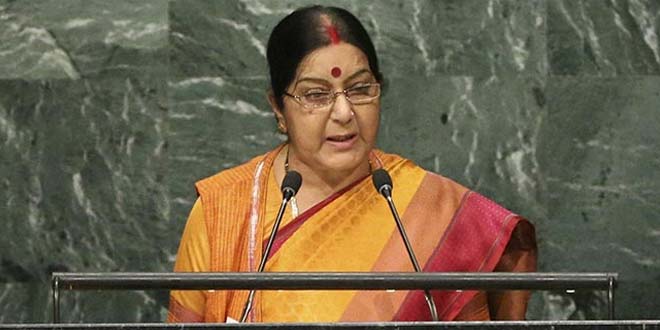 We pray for their early recovery. /3

Mr. Hussain Haji Ashique, who is suffering from last stage of liver disease, his only hope of survival is an urgent liver transplant. According to his doctor’s letter, his appointment was scheduled on November 1, 2017 at BLK Super Specialty Hospital in Delhi and the patient and attendants need to stay there for three months, but he had not got his visa. Mr. Hussain’s son Farooq Ahmed tweeted all the details requesting Minister Sushma to grant visa to his father, donor and the attendants. Responding to Farooq’s request, Minister Swaraj asked him to contact Indian High Commission in Pakistan. She assured him that the commission will examine his papers and will send a report at the earliest.

Farooq – Pls contact Indian High Commission in Pakistan. They will examine your papers and send me a report at the earliest. @IndiainPakistan. https://t.co/StLzeWheci

On December 4, 2017, another Pakistani national Zeeshan had put forward a similar request for his wife who is suffering from Ventricular Septal Defect (VSD). Zeeshan’s wife needs to undergo a heart and a lung transplant at Fortis Malar Hospital in Chennai. Minister Sushma was his last hope as he had been trying for a visa approval from a long time, but every time he contacted Indian High Commission, he was told that if madam (Minister Sushma) approves than we will issue it to you. Pained to know about Zeeshan’s wife’s condition, Ms Swaraj assured him of the visa approval.

I am pained to see her like this. Please contact Indian High Commission in Pakistan. We will issue the visa. @IndiainPakistan https://t.co/grN5GKPZP8

On December 5, 2017, Minister Swaraj also tweeted about the appeal for medical visa from Pakistani nationals. She asked the individuals to submit all the documents with Indian High Commission.

Ms Swaraj, who herself underwent a kidney transplant last year in December, is known to be prompt with issuing visas on humanitarian grounds to individuals in need from Pakistan. Last month, before and after National Organ Donation Day she granted visas to eight Pakistani nationals and 7 out of the total 8 visas requests were for organ transplant. Both India and Pakistan both have poor organ donation rates. While India a country with a population of 1.3 billion has 0.8 donations per million people, Pakistan with a population of 193 million has 0.2 organ donations per million people.