Selena Gomez’s ‘Life Or Death’ Kidney Transplant: The Actor Hopes That Her Story Inspires More People To Step Forward For The Cause Of Organ Donation

Selena Gomez was waiting for years for a new kidney, finally she found a living donor. Through her ‘life and death’ kidney transplant story, today she hopes to educate the masses on why it is necessary to donate organs 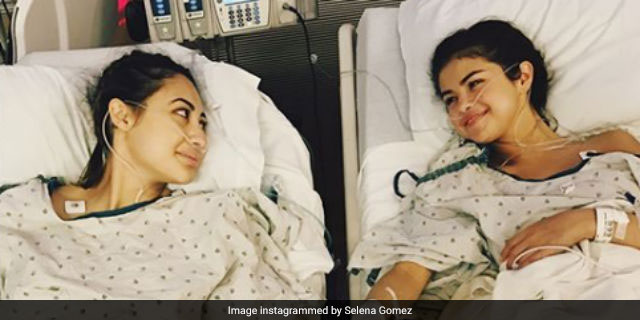 New Delhi: ‘My kidneys were just done. And I was hit with a daunting reality that it takes years before an organ from a deceased donor becomes available. They said the waiting list is of 7-10 years,” says the 25-year-old singer Selena Gomez in her first interview since the transplant with US Television show Today. The pop singer was battling the autoimmune disease lupus from five years which caused her kidneys to fail, during her battle against Lupus,, Selena learned that the process can speed up if a living donor can be found. The problem with waiting list is a patient’s spot on the donor list is not determined by the severity of their illness. It is based on a combination of things that includes time on dialysis, and how long they’ve been on the waiting list. But, Salena was lucky, she got a perfect match and for her, it was her best friend, 29-year-old, Francia Raísa, an actress best known for her role in The Secret Life of the American Teenager.

I never thought of asking somebody to donate kidneys to me, it is really a difficult task to ask someone to donate their organ, added Salena.

She further said, It was a life or death situation for me and to find a good match in terms of blood and tissue type — can be a major challenge.

Today, Salena is feeling much better than she was years ago, she says, “My arthritis has disappeared, my blood pressure is lower and my energy has increased.”

The duo kept the procedure secret for months, and in September Salena reveled the news about the transplant with her fans through an Instagram post. She adds, “There aren’t words to describe how I can possibly thank my beautiful friend Francia Raisa. She gave me the ultimate gift and sacrifice by donating her kidney to me. I am incredibly blessed.”

Also Read: On The Silver Screen: Films That Talk About Organ Donation

I’m very aware some of my fans had noticed I was laying low for part of the summer and questioning why I wasn’t promoting my new music, which I was extremely proud of. So I found out I needed to get a kidney transplant due to my Lupus and was recovering. It was what I needed to do for my overall health. I honestly look forward to sharing with you, soon my journey through these past several months as I have always wanted to do with you. Until then I want to publicly thank my family and incredible team of doctors for everything they have done for me prior to and post-surgery. And finally, there aren’t words to describe how I can possibly thank my beautiful friend Francia Raisa. She gave me the ultimate gift and sacrifice by donating her kidney to me. I am incredibly blessed. I love you so much sis. Lupus continues to be very misunderstood but progress is being made. For more information regarding Lupus please go to the Lupus Research Alliance website: www.lupusresearch.org/ -by grace through faith

Both now hope to raise awareness on how by donating organs you can change a life and encourage people to consider organ donation.

Speaking about the waiting list, according to the National Kidney Foundation, there are more than 100,000 people waiting for a kidney transplant in the U.S, with more than 3,000 patients added to the list each month. While in India, around 1.6 lakh patients are waiting for organs with a mere 12,000 donors available.

Kidney disease is rampant both in India and the United States, and is usually listed as a long-term consequence of diabetes and high blood pressure. A report published by the Indian CKD (Chronic Kidney Disease) Registry in 2012 estimated that diabetes and hypertension accounted for nearly 40 to 60 per cent of CKD cases.

Also Read: In India, Nearly Half Of Those With Kidney Failure Are Diabetic

The Ministry of Health expects that the anual requirement for kidneys could range between 1-2 lakh with a mere 5,000 transplants occurring in reality. With such a discrepancy between the demand and supply of kidneys, the need is more people coming together and pledging their organs.