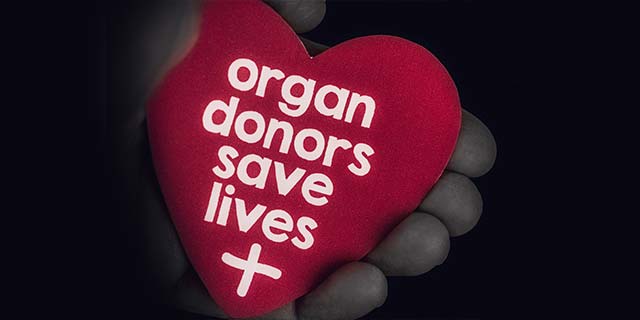 For years now, Tamil Nadu has had the best numbers when it comes to organ donation in India. The state boasts of the largest number of organ donations since 1995 and was recognised by the Union Health Ministry in both 2015 and 2016 for its achievements. With 5,559 transplants between 2008 and 2017, Tamil Nadu’s status as the leading state in organ donations has been cemented. In September this year, a proposal was sent out to Tamil Nadu State Transplant Authority on behalf of organ donation activists and some senior transplant surgeons from 22 state hospitals, suggesting a change in the rules followed for organ donation.

The proposal demands that a common waitlist be made for each organ available throughout the state and allotted on the basis of medical emergency or seniority. Rules of organ allotments differ! from state to state. In Tamil Nadu, an organ donated in a hospital is provided to a patient in the same hospital and in case a receiver is not available, the organ goes to a certified organ donation centre. The proposal suggests that a common waitlist for each of the organs will enable recipients to get organs on the basis of medical emergency and seniority. The state already has a common waitlist for renal (kidney) transplants, but not other organs.

A common waitlist for each organ, like the one that exists for kidneys, will ensure that hospitals remain informed about the type of organs available for donation as well as the numbers. Instead of separate lists available with hospitals, a common list will be more useful for a larger pool of people,” said Savithri Narayanan of Donate Life India, an NGO which works in Tamil Nadu and has been one of the advocates of the proposal.

Those in support of altering the rules are of the opinion that a common waitlist of all the organs for donation will give hospitals a better idea of availability of organs. Further, it will make matters less complicated for recipients. Organs available across the state would be updated in the waitlist, and based on the medical emergency or seniority of the recipient, the transplant will take place. The transplant window will become wider, and more lives could be saved than the state is managing at present.

A common list will make the organ donation process more seamless as more hospitals and recipients will be joined by it. The current process is restricted to hospitals and even if an in-house recipient is not found, an organ reaching someone else outside that hospital is too time consuming a process. A common waitlist will solve that problem, said Dr V Dhanalaxmi, Senior Surgeon, Madurai Medical College.

The Tamil Nadu State Transplant Authority on the other hand is not too keen to go ahead with the proposed change in rules. Dr P Balaji,
Member Secretary of Transplant Authority of Tamil Nadu said that such a common waitlist of all organs may result in scarcity of organs. The common list for kidneys exists because kidney transplants are performed across nearly all government hospitals in the state. For transplants of liver, heart or lungs, private hospitals are still better equipped. A waitlist will take away the transplant incentive from private hospitals.

It is true that many government hospitals are still not equipped to perform organ transplants. A common waitlist for all organs will make the organ donation sector more accessible but without adequate infrastructure still in place, this will translate only to chaos. Moreover, compiling a common waitlist will pose logistical challenges. And who decides which medical condition is more urgent when an organ is to be donated? These considerations are a must when thinking about such a change in such a sensitive sector, said Dr Balaji.

The proposal is being reviewed by the Tamil Nadu State Transplant Authority and proponents of it plan to resort to other options such as litigations if the plan does not materialise. The pros and cons of the proposal should definitely be discussed at length by stakeholders to decide on a common ground, as Tamil Nadu will look to hold on to its credibility of being India’s most successful state in terms of organ donation.