Organ Donation Programmes Across The World

From presumed consent to incentives for donors, countries have tried different ways to promote organ donation among their people. 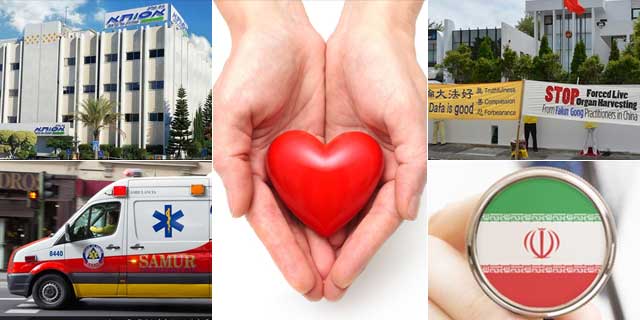 Chinese protesting as part of the Falun Gong movement outside the Chinese Embassy in Auckland, New Zealand in January 2015.

Till 2014, Chinese authorities permitted the harvesting of organs from executed prisoners without prior consent from them or their families. In fact, in December 2005, the country’s deputy health minister estimated that as many as 95 per cent of the organs used in China’s transplants came from such sources.

Since then, China has banned the practice and is now trying to galvanise organ donations from regular civilians.

Iran is the only country in the world where it is legal to buy a kidney. This, according to the government, is what has helped in effectively ending waitlists for kidney transplants since 1999.

A person in need of a kidney is referred to the Dialysis and Transplant Patients Association which matches them with a potential donor. These un-related donors are guaranteed monetary compensation of approximately $1,200 from the government and an additional amount from the recipient which varies anywhere from $2,300 to $4,500.

Apart from this, the donors are extended health coverage for at least a year and discounted rates at government hospitals for years after. All hospital expenses are also paid by the government and anyone under 35 can donate.

With the highest donor rates in the world for 24 years running, Spain is considered the gold standard for organ donations.

Working on a system of “presumed consent”, the Spanish model considers all citizens as potential donors unless they specifically choose to opt-out.

However, like India, the final authority over the matter lies with the deceased next of kin. If the family refuses, the organs of the deceased person cannot be harvested. But since the level of awareness about organ donation in the country is high, the refusal rate is low, estimated at just 15.3 per cent in 2015.

Other countries with presume consent include France, Greece, Norway, Sweden and Turkey. In 2015, Wales also implemented a similar system becoming the only part of the United Kingdom to have this.

To bolster donations in the country and counter the perception that Jews were not allowed to donate their organs, the Israeli government, in 2012, put into place a system which offered first priority for transplants to living donors and their family members and undertook a massive publicity drive.

Nicknamed “don’t give, don’t get”, this system gives registered donors of three years or more second priority and the family members of registered donors third priority. Additionally, complete reimbursement is offered to living donors for the time taken off work with health and life insurance coverage for five years.

Within the first year of its implementation, organ transplants in the country shot up by 60 per cent.

With a system similar to the one in place in India, organ donation in the USA is based on an opt-in approach which means that anyone who wants to can sign donor cards or families can consent to donation in the event of a loved one’s brain death.

A majority of state laws also have the provision to provide state employees with paid leave if they volunteer to be live donors and 19 states provide tax incentives for organ donation.

Currently, America has around 1,20,000 people waitlisted for organs. This is something private players in the US have also tried to raise awareness about. For instance, in 2013, Facebook allowed users to add their “donor status” to their profiles which lead to a spike in registrations. More recently, Apple offered its users in the US to sign up as donors through their iPhones as a part of their iOS 10 software update.

Brazil tried to implement the presumed consent model for organ donation in 1997 only to repeal the law 8 years later. The initiative faced heavy criticism and was widely distrusted by the general public who feared that their organs would be removed before they were declared clinically dead.

These protests forced Brazil to go back to the opt-in system and its current donation rate is 16 per one million people.

Pledge your organs, save lives