Menu
More To Give: Be An Organ Donor » Blogs

The masses need to be educated and sensitised about organ donation, says Sunayana Arora, a former journalist and co-founder of ORGAN India. Awareness about the procedure, organs that can and cannot be donated are key. 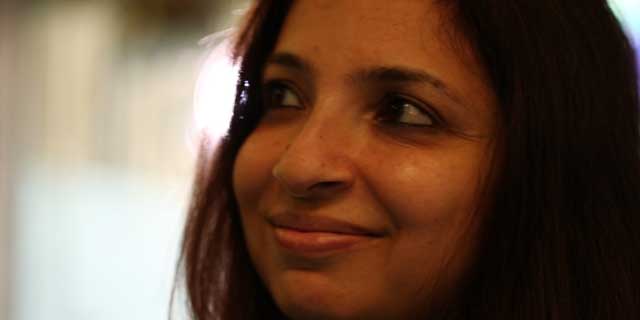 New Delhi: “There are two kinds of donation, one is a live donation and the other is a deceased donation” says Sunayana Arora of ORGAN India, an organization which aims to put together all key elements required to fully execute an operational organ donor environment in Delhi and the NCR.

The key is to educate the public about organ donation and introduce them to the idea in every way and through various mediums and platforms.

According to her, one doesn’t need to be necessarily brain-dead to be able to donate their organs. “You can give one kidney because you can survive on one kidney and you can cut half a liver and donate it to another person who is suffering from a liver disease” she says.

The Organ Receiving & Giving Awareness Network (ORGAN) India was created as an initiative of the Parashar Foundation when Mrs. Kirti Parashar needed a heart transplant to live.

As a result of the difficulties the family faced in getting the basic information on what to do and where to go, along with the non-existent donor bank in Delhi, Anika Parashar (Trustee, Parashar Foundation) and Sunayana Singh (Chief Executive Officer) started ORGAN India to educate people about what they should know before becoming a donor.

She believes a donor must be aware of which organs can be donated as not all organs are usable once a person dies. According to her, most people don’t realise that one can donate vital organs such as heart only after they are declared brain dead by a doctor in a hospital.

“If you died a natural death you can’t donate the organs because as soon as your heart stops beating the blood supply to your other organs stop, too”. However, if a person dies in a hospital they have more chances to donate the organs as the body is on a ventilator which provides a continuous supply of oxygen to the organs.

Thus, pledging to donate organs does not always mean that those organs can be used for saving a life in the future.

Besides informing people of who can become donors, Sunayana also stresses on the importance of family’s acceptance to one’s decision of becoming an organ donor. “The most important thing is that (donors) have to talk to their families” as in India “according to the law, it is the next of kin who decides whether the organ can be donated or not.”

Therefore, organ donation is not only a matter of pledging to become a donor but also about making the family comfortable with the idea.

“People don’t have a clue about what organ donation is” says Sunayana when asked about the need to raise awareness on this topic in India. “There are lot of myths. That is why you need a proper, comprehensive awareness programme.”

She says people are generally wary of hospitals as they believe that the doctors will not try to save them once they know the patient is a registered donor. She says such pre-conceived notions are primarily the cause of lack of organ donation in this country.

“If you’re declared brain-dead there are proper tests, government has laid out the rules exactly how hospitals are supposed to follow them. Basically, they need public education” she says.

Sunayana is a former journalist and has worked at Newstrack, Aaj Tak and Newslaundry. She co-founded ORGAN India as an initiative of the Parashar Foundation in 2013, and now works full time in spreading awareness on organ donation through various initiatives such as holding organ donation awareness talks/sessions in colleges, schools, offices within and outside Delhi, creation of films, blogs, and online promotions. Helping those seeking organ transplants and guiding patients on their choices as well as the law is one of the main areas of her work and ORGAN India has recently launched a Transplant Guide for this purpose. She is also actively involved with NOTTO and works closely with them to bring organ donation to the public.