On The Silver Screen: Films That Talk About Organ Donation

While there aren’t too many, here are some Indian films that feature organ donation. 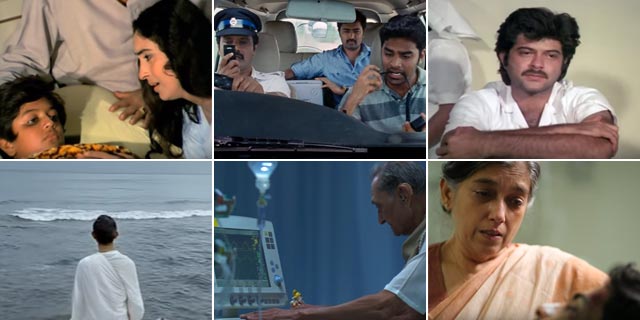 “Our cinema is more about emotion. We can definitely use emotion in our cinema to raise awareness about organ donation,” said Irrfan Khan, actor and campaign ambassador, speaking in a panel discussion at the NDTV Fortis #MoreToGive Walkathon.

Great cinema has the ability to educate, inspire and, sometimes, guide. When it comes to organ donation, India has one of the lowest figures in the world due to lack of awareness—a cause that, if taken up by mainstream cinema in the country, could find itself diffused into greater public consciousness.

“If people watch such a film earlier, when they will be in such a situation, they will be able to recall it and then they can decide for themselves, ” said director Sunil Sukhtankar, who was also on the NDTV panel.

While there aren’t too many, here are some Indian films that feature organ donation.

This Anand Gandhi directorial venture touches upon organ donation through its exploration of the theme of continuity. The film follows the lives of a visually impaired Egyptian photographer who undergoes a cornea transplant, a monk diagnosed with liver cirrhosis and a stockbroker who receives a new kidney.

Starring Manoj Bajpai, Jimmy Shergill and Divya Dutta, Traffic is a remake of the 2011 Malayalam film of the same name. Based on a real incident in Chennai, the film’s plot follows the challenges faced by a traffic constable in setting up and transporting a heart over 150 km in heavy rain and poor visibility.

Phir Zindagi is a short film written and directed by Sumitra Bhave and Sunil Sukhtankar which explores the process of organ donation, the protocol that surrounds it and how waiting lists work. With a stellar cast of actors like Naseeruddin Shah and Ratna Pathak Shah, it touches on all the nuances of organ donation.

This short film has a powerful message- a single person can, by donating their organs after death, save and change the lives of at least 7 other people. It has been directed by the critically-acclaimed Tamil film director, Vijay.

This Tamil thriller’s plot revolves around the traffic policemen who set up a green corridor to transport a heart in peak traffic from Chennai to Vellore, across 150 km in under two hours.

Anuraag is an award-winning film that narrates the story of a blind sculptor who befriends a little boy suffering from terminal cancer. As his dying wish, the boy donates his eyes to the sculptor, who is finally able to see for the first time in her life.
7. Saaheb (1985)

Starring Anil Kapoor and Amrita Singh, Saaheb is the story of a carefree man who eventually decides to donate his kidney for his sister’s sake.

(Also Read: Life On A Waiting List: Where India Stands On Kidney Transplants)