A 22km 'green corridor' was on Friday created between Delhi and Noida to transport a live heart, which was harvested from an ex-serviceman and transplanted on a 61-year-old man suffering from ischemic cardiomyopathy. 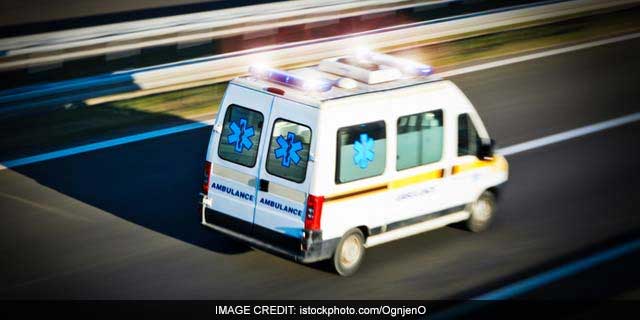 A 22 km ‘green corridor‘ was on Friday created between Delhi and Noida to transport a live heart, which was harvested from an ex-serviceman and transplanted on a 61-year-old man suffering from ischemic cardiomyopathy.

The live heart was transported in 16 minutes and 20 seconds after the ‘green corridor’ was created between Fortis Hospital, Noida and Fortis Escorts Heart Institute in Delhi.

The donor was a 55-year-old ex-serviceman who had met with a road accident and was brought to Fortis Hospital, Noida in a critical condition.

“Sustained efforts to revive the patient failed and he was declared brain dead by the Emergency Response Team and a battery of neuro surgeons. His family overcame their grief and came forward to donate the organs of the departed, following counselling,” Dr Z S Meharwal, Director, Department of Cardiovascular Surgery at FEHI, said.

The liver and a kidney of the donor were transplanted at Fortis Hospital, Noida benefiting two needy patients experiencing organ failure.

One of the kidneys was made available to Max Super Specialty Hospital, Saket, in accordance with the allocation plan by the National Organ and Tissue Transplant Organisation (NOTTO).

“The recipient of the heart had been suffering from chronic problems for over 17 years which had progressively worsened leaving the heart in refractory failure for three years.”

“There are many patients in this world and in India, in cities, that need a heart but some never receive it whether they wait for one month, two months or six months,” said the recipient of the donor’s heart, 63-year-old Bhim Singh Jham.

“I appeal to people that they should donate their heart or liver or kidney. With this, they can give someone a life,” he added.

“Despite the multiple treatment solutions administered during the interceding years, his heart continued to deteriorate and a heart transplant became essential. The patient is stable now and responding well to the treatment. He will be under observation for the next 72 hours,” said Meharwal.

Emphasising the need for more organ donations, Dr Ashok Seth, Chairman, FEHI, said, “There is a huge disparity between the number of patients needing transplants and the number of procedures being performed. This has sharply brought into focus the need for creating more awareness on the noble act of donating organs.”