Getting To The Heart Of The Problem: Why India Needs More Organ Donors

Lack of infrastructure, logistical constraints, and myths and stigma attached to organ donation are the major hurdles keeping the rate of heart transplant in India at an "abysmal low" vis-a-vis in the west, according to health experts. 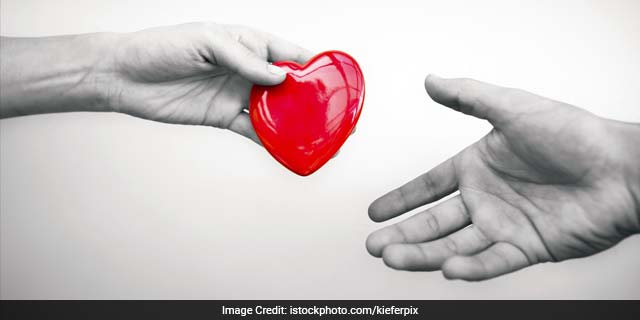 New Delhi: Lack of infrastructure, logistical constraints, and myths and stigma attached to organ donation are the major hurdles keeping the rate of heart transplant in India at an “abysmal low” vis-a-vis in the west, according to health experts.

Cardiovascular diseases (CVDs) are the number one cause of death globally, leading to more deaths annually than from any other cause.

The World Heart Day is being observed globally on Thursday by doctors, experts and civil societies.

While an increasing population, including youth, is growing susceptible to heart ailments with changing lifestyle, doctors say the country is not catching up on heart donations which could save several lives.

“India’s record when it comes to heart transplant is very dismal. One of the main factors is medical infrastructure and many times brain deaths in ICUs are not notified, thus losing precious time.

“Besides, there are logistical constraints, when the harvested heart doesn’t reach in stipulated time through the green corridor,” says Balram Airan, Professor of Cardiothoracic and Vascular Surgery at AIIMS.

Airan was part of the team at the premier institute which performed the country’s first heart transplant at AIIMS on August 3, 1994.

Heart transplant is warranted for patients with end-stage heart failure or irreparable coronary artery disease. In this procedure, doctors replace the ailing heart with a healthy one harvested from a brain dead patient.

Mukesh Goel, Senior Consultant, Cardiovascular Surgery at a private hospital says, in the country itself, “north India is lagging behind its southern counterpart”.

“In the south, there are well laid-out procedures and government is very active, besides people being aware about organ donation. In Delhi and other parts of north India, the coordination work is quite informal and hence not smooth and efficient, leading to delay,” Goel told PTI.

Tamil Nadu is leading the way at present with nearly 200 transplants, Delhi about 50-60, Kerala 20, a single transplant in Rajasthan and nothing from Lucknow to Kolkata, he said.

“Sometimes the harvested heart fails to reach the recipient in golden time due to lack of agency and traffic coordination. After harvesting, the heart must reach its recipient within 3-4 hours or it dies,” says Rajeev Maikhuri, Senior Organ Transplant Coordinator at AIIMS.

Doctors also say that sometimes people refuse to donate organs due to superstition, like “they won’t be getting that organ in next life, if donated.”

Kewal Krishan, Program Head, Heart Transplant and Ventricular Assist Devices at another private hospital chain here, says, “India continues to lag behind the west by a large margin in terms of organ donations.”

“While the needle has moved slightly with increase in green corridors, more transplants etc, there continues to be a deeply entrenched stigma associated with organ donation. At present, there are 50-100 transplants happening in India every year. However, these are largely in south India. North India continues to struggle with donors,” he said.

In India, the National Organ and Tissue Transplant Organisation (NOTTO) is the apex body for coordination and networking for procurement and distribution of organs and tissues.

“Besids NOTTO, we should have state-level coordination bodies, and going through one agency delays the process. Since south India is faring better in this area, so much so that the number of donors somewhat exceed the number of recipients there. A recipient list is also maintained by the state,” Goel said.

“Studies have estimated that CVDs will account for one-third of all deaths in India by 2020. In fact, a recent Delhi-NCR survey showed that most patients suffering from heart diseases fall in the age group of 25-45. Cases of cardiac arrest and heart attacks have been reported in people as young as 18-19 years,” Krishan said.

An ASSOCHAM study last year said Delhi was followed by Mumbai, Ahmedabad and Bengaluru in terms of heart-related problems.

“According to an estimate, the incidence of heart failure in India is about 10 to 20 per 1000 people over the age of 65 years,” he added.