For The First Time In United States, Woman Gives Birth To A Boy Via Donated Uterus

The world's first successful uterus transplant was carried out in Sweden on a woman in her mid-thirties born without uterus, after a 61-year old unrelated woman donated her uterus, according to The Lancet 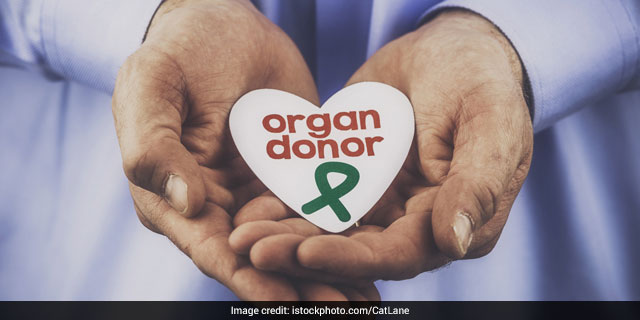 Washington/New Delhi: A woman born without a uterus has given birth via a donated uterus in the United States- a first for the country. The women suffered from absolute uterine factor infertility (AUI)- a condition where the uterus is non-functioning or non-existent.

The world’s first successful uterus transplant was carried out in Sweden on a woman in her mid-thirties born without uterus, after a 61-year old unrelated woman donated her uterus, according to The Lancet.

Later, the woman gave birth to a male child.

Till date, nearly two dozen such uterus transplants have been carried out across the world, including in India.

We’ve been preparing for this moment for a very long time. I think everyone had tears in their eyes when the baby came out. I did for sure, Liza Johannesson, an obstetrician and gynaecologists as well as uterus transplant surgeon at Baylor University Medical Centre at Dallas, was quoted as saying in Time magazine late Friday.

The birth, through Caesarean section, took place as part of the hospital’s ongoing uterus transplant clinical trial on women.

I’ve delivered a lot of babies, but this one was special. When I started my career we didn’t even have sonograms. Now we are putting in uteruses from someone else and getting a baby, said Robert T. Gunby Jr., obstetrician and gynaecologists from the Baylor hospital.

The donor in the US was Taylor Siler, 36, a nurse in the Dallas area, who donated her uterus to the mother (who wish to remain anonymous due to privacy concerns).

When you donate a kidney, you do it to help someone live longer and get off dialysis. For these women, they are donating an experience, Giuliano Testa, the leader of the uterus transplant clinical trial at Baylor, was quoted as saying.

It typically takes about five hours for the wombs to be removed from the living donors, and another five to transplant, the doctors said.

After the transplant, women wait about four weeks to achieve menstruation. After this, those whose ovaries are not attached to their wombs, attempt in vitro fertilisation (IVF) to conceive.

In May, doctors in Pune successfully carried out India’s first uterus (womb) transplant on a 21-year-old woman who was born without a uterus, and was donated the organ by her 45-year-old mother.