The three-month long 'Drive India' initiative, which began on October 20, will take Radio jockey Anil Srivatsa and his team across India to start a dialogue with people about organ donation 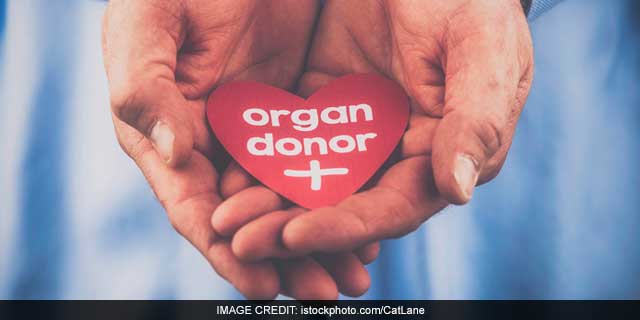 New Delhi: With a million conversations and a long road trip across India, a kidney donor has launched a drive- to persuade people to gift a life. Radio jockey Anil Srivatsa and his team at the Gift of Life Adventure (GOLA) Foundation, which he set up three years ago, are on a 20,000-km long drive to raise awareness about organ donation. “Thousands of people are on dialysis because no one in the family is ready to donate a kidney to them. This is because of some fears they have about organ donation,” Mr Srivatsa told PTI. ‘Drive India’ is the fourth expedition of the GOLA series, which began after Mr Srivatsa donated his kidney to his ailing brother in 2014.

The first initiative came soon after that, when Mr Srivatsa and his brother undertook a seven-day cycling adventure in the hills of Spain just six months after the surgery to focus on the fear and stigma around organ donation in India.

I am trying to show people that I am living on one kidney, and I am living as active a life as I did before. So don’t be afraid to save a life in your home, said Mr Srivatsa.

The three-month long ‘Drive India’ initiative, which began on October 20, will take Anil Srivatsa and his team across India to start a dialogue with people about organ donation.

The drive covers not only major cities, but also takes the team- four people in two cars- into the heart of rural India with the aim of educating people about organ donation and inspiring them to sign up as donors.

The GOLA Foundation has also developed an app called the ‘Million Donor Project’ for this. The app automatically sends a message informing the user’s family members when they choose to sign up for organ donation.

“The app is only meant to break the ice at home, as a lot of people don’t know how to approach the subject. The aim of the ‘Million Donor Project’ is to start a million conversations at homes,” said the host of a talk show on the radio- and later Internet- on relationships and sex to throw light on topics most of India is too shy to talk about. The team is also making people aware about the process of donation.

Simply signing up a form for donation does not ensure that a person’s organs will be donated after his or her death. In India, consent of the nearest relative is required for a hospital to obtain organs from a body.

This can be a major roadblock in organ donation, as relatives are often uncomfortable about allowing the organs to be harvested, he said.

Filling out the form is a ‘conscience scam’ – you feel good about yourself, but it does not really work. Your family needs to know your decision, because they own your body after your death, said Mr Srivatsa.

Team GOLA has completed over 4,500 kilometres of their journey, making stops at government schools and small public gatherings to spread the word. The drive so far has seen over 500 sign-ups through the app.

Mr Srivatsa also addressed thousands of people attending a ‘Ganga arti’ in Rishikesh, he said on the phone.

Never in my wildest dreams did I imagine I’d address people at a Ganga arti – where there is a lot of religion and religion often comes in the way of organ donation, he said.

GOLA’s earlier drives included a cross continental on- road expedition from India to Scotland and a drive from Italy to Oman to help kick-start the Million Donor Project.

‘Drive India’ has been funded by a few corporate houses and individuals donors. Mr Srivatsa said he sold his apartment for the initial funding. The drive is scheduled to end in January 2018.