People in Delhi and Haryana consume 8 gm of salt daily compared to the WHO recommendation of 5 gm, putting them at risk of developing heart diseases 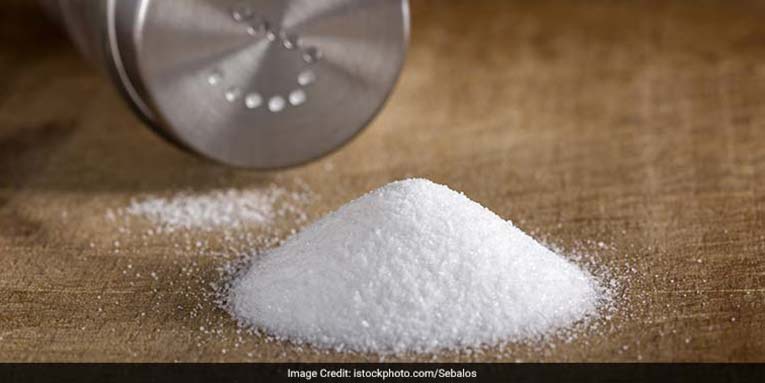 New Delhi: People in Delhi and Haryana consume over 8 gm of salt each day against WHO recommendation of 5 gm, a study today said, pointing that high intake of sodium remained seventh leading cause of mortality globally. The study carried out by George Institute for Global Health stresses that a public education campaign in India on the dangers of salt could really change behaviour. The assessment showed that overall urinary excretion of salt was estimated to be around 8.59 g/day in Delhi-NCR, while it was 9.46 g/day in Andhra Pradesh.

The intake was highest in the urban slums followed by rural areas.

Another interesting finding from the survey was that majority of participants knew about the maximum salt consumption recommendation as less than 5 g/day and almost 90 per cent of the participants were aware that excess salt in the diet can lead to serious health concerns, the study said. It noted that people who were aware of the dangers of high salt intake had lower salt levels.

Salt intake was higher in men than women, the study said while noting that 24 per cent of the products (with salt content) did not have any nutrition information and therefore do not meet the Food Safety and Standards Authority of India (FSSAI).

The study, titled ‘The Association of Knowledge and Behaviours Related to Salt with 24-h Urinary Salt Excretion in a Population from North and South India’ was carried on 1395 people to understand the consumption pattern of salt and understand the behaviour and knowledge of consumers. Salt is known to be a leading cause of high blood pressure and has been associated with other cardiovascular diseases. As per the Global Burden of Disease study 2010, excess consumption of salt is the seventh leading cause of mortality globally responsible for 1.65 million deaths.

Raised blood pressure is one of the leading risk factors for global mortality and is estimated to have caused 9.4 million deaths and 7 per cent of disease burden – as measured in DALYs – in 2010.

The survey indicates that education can be a key factor in bringing about a behaviour change among people and influence their salt consumption pattern. For this, we need a robust multi-stakeholder system to chalk out the necessary steps to reduce the risk due to consumption of salt, said Vivekanand Jha, Executive Director, George Institute for Global Health, India.