Call it a fruit or nut or seed, Coconut is a must in your diet. Here’s why 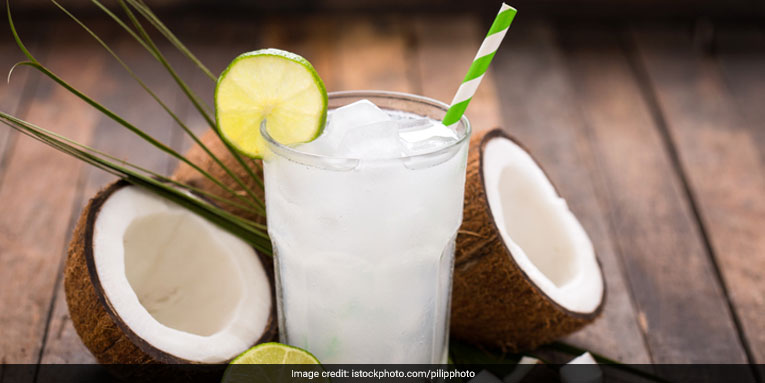 New Delhi: An all-rounder with endless list of nutrients, from being a good source of protein, fiber, carbohydrates and rich in vitamins A, B, B1, B2, B3, C, E, and K, to calcium, iron, potassium, sodium, copper, and folates, a coconut packs it all. Needless to say, consuming coconut in any form, raw or cooked can do a world of good to your health. While coconut water makes for a natural refreshing drink, coconut adds a distinct flavour to your food. Homeopath Dr. Keshav and Shradha Khanna, Head Nutritionist at The Food Analysts list health benefits of coconut.

Health benefits of coconut are not limited to eating coconut, but also included in coconut water, says homeopath Dr. Keshav.

1. Rehydrate With The Magical Drink
Coconut water or as nutritionist Shradha Khanna, calls it, nature’s own detox drink is considered to have magical hydrating power. This low on calories and rich in potassium drink is known to have better hydrating qualities than plain water. It is also a good substitute to regular fruit and energy drinks.

2. Boosts Immunity And Builds Stamina
Coconut has a medium chain fatty acid structure which makes it easy to digest, providing instant energy to the body. Being rich in vitamin C, coconut helps in building immunity and in turn fights infections and diseases. It also provides resistance against micro-organisms like bacteria, viruses, and parasites. In addition to this, its anti-fungal property helps in preventing fungal infections.

Coconut known in sports world for its unique medium chain fatty acid structure not only uplifts stamina, but also helps in recovery, be it after a marathon or a hectic day at work, tells Ms. Khanna.

3. Prevents Osteoporosis, A Bone Disease
Osteoporosis is an age related bone disease in which bones become weak, brittle and less dense. It is the antioxidant compounds in coconut oil that help maintain bone structure and prevent bone loss due to hormonal changes.

Regular use of coconut can prevent osteoporosis to a great extent. Rich in vitamins and minerals, coconut, can help in making bones stronger and healthier, says Dr. Keshav.

4. Manage Your Blood Pressure With The Nutritious Water
Coconut water has various cardio protective benefits that minimise chances of a heart attack and keep cholesterol levels in check. It contains a high amount of potassium which has been shown to lower blood pressure by counteracting and balancing the negative effects of sodium, tells Dr. Keshav.

A study published in the West Indian Medical Journal in 2005 found that coconut water also helps in controlling hypertension.

With such a witty electrolyte combination of this pure water, one can not only prevent high blood pressure but also reduce bloating or any stomach upset after the late night jamboree, says Ms Khanna.

5. Bid Adieu To Those Extra Kilos
Want to lose weight without starving yourself? Opt for coconut water. Coconut water is rich in nutrients and therefore it keeps you hydrated and full for a longer period of time. Coconut has strong effects on metabolism which aids weight loss. Low on calories and easy on stomach, coconut water consists of bio-active enzymes that aid digestion and boost fat metabolism.

Its effect on digestion helps you squeeze your waistline- so eat that malai guilt free, suggests Ms. Khanna.

About the experts:
Dr. Keshav, MD (Hom.), is a homeopathic physician practising for more than five years in Ghaziabad. He has been awarded with Dr. Hahnemann Award in 2017 for his meritorious services rendered for well-being of patients.
Shradha Khanna is a Head Nutritionist at The Food Analysts.