Guard Yourself This Summer Against These 5 Common Health Problems

Don't let the summer heat get to you this season. Here's our health guide to help you protect yourself from the ailments that are most common during these hot months 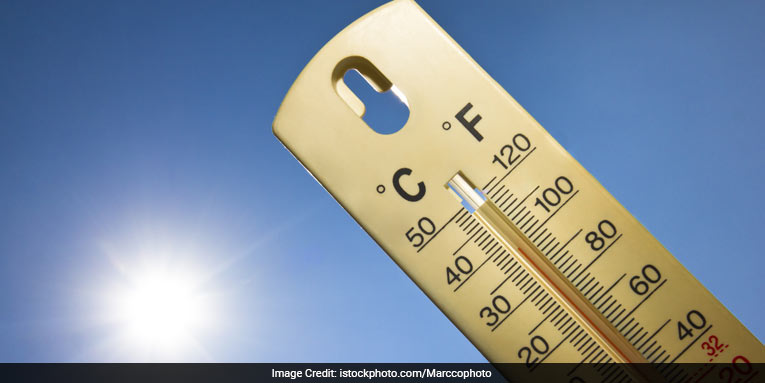 It is that time of the year when one has more worries than just sweating out and coping with the heat through the summer months. With mercury levels soaring to set new highs, come the usual health threats of heat strokes, sunburns and dehydration. So this summer gear up and be better prepared to guard against some of these nagging health problems. Little care and precaution is all it takes. Here’s our guide to help you keep healthy this summer.

“Summer is the most exhausting of all seasons. Exposure to the sun and excessive heat can cause dehydration, rashes and even heat stroke in excessive situations. All of these are avoidable but only if proper measures are taken throughout the season. Especially people who work frequently outdoors, taking preventive measures such as drinking enough fluids and wearing light clothing in summer is a must to avoid health complications,” said Dr. Nandini Sarda, General Physician.

Here are some of the most common illnesses during summers that you need to guard against and here are some useful tips to do just that:

Heat stroke is a severe form of hyperthermia and is caused due to excessive absorption of heat by the body. A highly common phenomenon during the summers, heat stroke can increase the body temperature to 40°C. With rise in body temperature, nausea, vomiting and headaches occur frequently. All these are possible signs of a person suffering from a heat stroke. A person suffering from a heat stroke must be immediately taken to a cool place, excess clothing removed and efforts need to be made cool the person down by spraying cold water or placing them in a tub of cold water.

How to Avoid Heat Stroke: Wear clothes which are light in weight and fit loosely so that there’s enough air circulation. Drinking plenty of fluids is a must for everyone during the summers to keep the body hydrated and allow it to maintain a normal temperature. Those who work outdoors should drink fluids frequently and rest in cool spots at intervals. Plums, coriander and mint leaf juice and aloe vera juice helps in the prevention of heat stroke.

Dehydration is caused when outgo of fluids from the body is more than the intake. Dehydration is the most common summer ailment as we unknowingly keep losing a lot of water from the body, either due to too much sweating or due to urination. The main symptom of dehydration is thirst, which can go up to unbearable levels at times. Severe dehydration can also cause headaches, vomiting, persistent tiredness and in extreme cases, seizures and diarrhoea.

How to Avoid Dehydration: The most effective dehydration treatment is to drink plenty of water and fluids. Doctors recommend drinking 2 litres of water every day for adults. Fluids such as onion juice, buttermilk and coconut water are also useful in preventing dehydration.

Sunburns are red, swollen patches of skin caused due to excessive exposure to ultraviolet rays from the sun. Sunburns can be mild or severe, depending on the duration of exposure to the sun. Sunburns should not be taken lightly, as it is a serious factor for skin cancer. Sunburns can be identified by severely reddened and swollen skin and pain in the affected area. In cases of severe sunburn there are symptoms of fever, chills, nausea and vomiting in the patient.

How to Avoid Sunburn: Sunscreens or sunblocks available commercially can be used to avoid the body from getting exposed to harmful UV rays of sunlight. Apply these 15 to 30 minutes before exposure to the sun to avoid sunburns.

How to Avoid Prickly Heat Rash: To avoid prickly heat rashes, it is advisable to avoid excessive sweating. Hot, humid environments and strenuous physical activities should be avoided. Shower often and apply talcum powder to keep the skin dry, and wear loose clothes made out of cotton.

Foot fungus is another common ailment affecting people in summers. These are caused due to sweat or bacteria accumulation in the feet, especially near toenails, in summer. Foot fungus not only looks ugly, but if left untreated, may cause infection. Foot fungus also tends to affect one toenail after another, and hence should be treated as soon as the first symptoms are seen.

How to Avoid Foot Infection: Ensure that the feet don’t sweat excessively, especially for those who work outdoors. Clean shoes and socks are a must during summers. Use a shoe sanitiser to clean your shoes regularly and get rid of any germs or bacteria.

Also Read: These Essential Nutrients Will Help You Stay Fit