Battling Depression: The Symptoms and Cures

It is important to identify the symptoms of depression and follow it up with proper counselling, medication and activities to tackle depression in a person, at the earliest 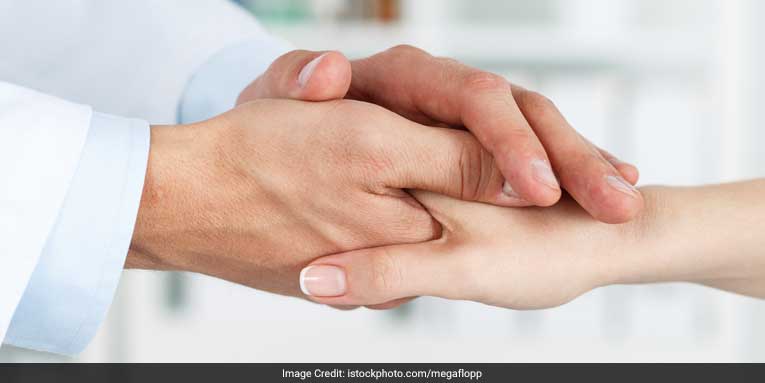 44-year old Dr. Neelanjana Paul, a consultant psychiatrist practicing in Kolkata has come across several depression patients in her 20-year-old career as a medical practitioner. She has treated and cured several patients over the years, whose symptoms of depression ranged from mild to severe. One of the major difficulties Dr. Paul faced as a psychiatrist was patients who complained that their condition did not improve even after days of counselling. For someone suffering from depression, that is an obvious worrying aspect. But the question arises, are counselling and medication the only methods for battling depression?

It is very important to understand the symptoms of depression and seek proper medical counsel. But counselling, and in some cases, medication alone cannot help a patient. Becoming better also depends on a positive and supportive environment all around, said Dr. Paul.

Recognition of depression remains a problem, as the global number of people suffering from depression reaches more than 300 million.

The symptoms of depression vary in range and nature, and hence identifying them often becomes difficult. But certain signs do exist, which when occurring frequently must be taken as indicators of depression.

One of the most common symptoms of depression is the lack of willingness to participate in any activity. This could either be a regular activity like going to work/school/college or a going out with friends or family members. Though such episodes may occur to anyone, a psychiatrist must be consulted if it persists for more than two weeks. Often, despite not willing to go out, people are either forced to or left to deal with the condition on their own, both incorrect approaches to the condition.

Often we may not feel like going to work, or go out with our friends and family. Though an occasional feeling like that is quite normal, help must be approached when such a condition persists for more than two weeks. It is a very strong indicator of depression and the most common symptom by which the illness is recognised by psychiatrists, said Dr. Rajesh Sagar, Professor of Psychiatry at AIIMS.

Other than lack of willingness, common symptoms of depression include excessive mood swings, irritability, crying, insomnia and panic attacks. At times depression can also cause by excessive and continuous back pain. All these symptoms could be warning signs for depression and it is always preferable that a psychiatrist is consulted if these symptoms persist.

Depression is not cancer or AIDS, and is completely curable and many people lead normal day-to-day lives despite being diagnosed with depression. The stigma related to depression is such that often post diagnosis, a patient’s family members think of it as some incurable mental illness, whereas depression is far from being so.

Most people don’t realise that depression is completely curable. Counselling and medication for extreme conditions help people with depression lead a normal life. Diagnosis of depression should not be met with negative reactions from the surroundings, as that aggravates the patient’s condition and makes it difficult for him or her to come to terms with the illness, said Dr. Paul.

Regular counselling with a psychiatrist is a must when a person has been diagnosed with depression. The counselling sessions should continue as long as the psychiatrist suggest. Discontinuing midway is a mistake one must not make, as that can lead to severe harmful effects such as repressed depressive syndrome, where depression can resurface anytime.

It is also very important to have supportive friends, family members and colleagues for a patient suffering from depression. Since depression is an acute mental health condition, a patient must be treated like a patient and not as an outcast. It is the responsibility of the patient’s surroundings to ensure that the condition is taken seriously and not mocked or made fun of. Not taking the condition seriously by surrounding people may push the patient deeper into a depressive state, which often culminates in suicide. For this year’s World Health Day on April 7, WHO has specifically laid stress on being compassionate towards patients of depression for a supportive environment for them.

Having a supportive environment is as important as counseling or medication. Patients diagnosed with depression should be spoken to with compassion and their illness must be taken as seriously as any other physical disease is. They must be made to realise that such a condition is curable and with due help, they can and will get better, said Dr. Sagar.

Counselling, Medication And What Else?

Counselling and medication are seen as two primary tools to tackle with depression. The former especially, has for long been advocated by the psychiatric community as it helps patients open up more and the root causes of their depression are identified. But apart from these two, psychiatrists always recommend a range of other activities and advise patients to take these up. Many of these, like yoga, meditation, physical exercises keep patients occupied and distracted for a few hours, acting as a deterrent to depressive thoughts.

Activities like yoga, physical exercise and meditation act as high deterrents to depressive thoughts. Though these are not substitutes for counselling or medication, these keep the patients physically fit and have been useful in reducing negative thoughts which are recurring occurrences in a depressed person’s mind, said Dr. Sagar.

Depression has also been known to severely impact hobbies of patients. Getting them back to what they love to do is also a major challenge many psychiatrists face. But once patients get back to their hobbies, it becomes easier for them to gradually go back to a life of normalcy.

The loss of partaking in hobbies is one of depression’s dampening factors. Once the patients begins to regain interest in their hobbies, it can be taken as a positive sign of them gradually trying to get back to their normal lifestyles, said Dr. Paul.

It is important to keep it in mind that sudden and miraculous cure of depression should not be expected, as a number of external factors also play significant roles in lessening and subsequently curing depression. The most common external factor which can help patients of depression to become better is an atmosphere where their condition is not stigmatised.

Also Read: 1 In 20 People Suffer From Depression. It Is Time To Talk About This.