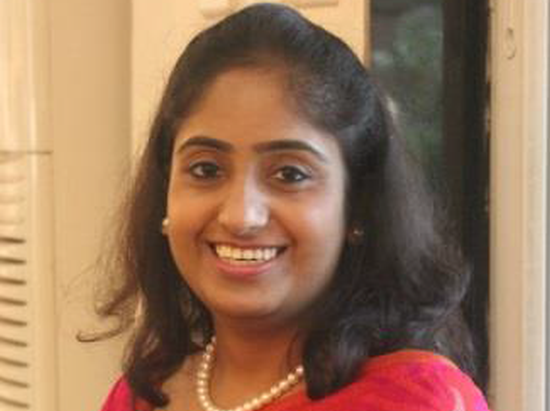 Today I am going to tell you a story. A story about a young and cheerful girl, a story about myself!

Life could not have been more beautiful. Well, it could have been but then who is not a little greedy.

I had returned from US after an onsite stint of one and a half years. I was absolutely elated to be with my family and friends and to take those yummy golgappas in my mouth from one of my favourite roadside vendor. But just when you think life is going exactly as you had planned, God throws in a roadblock and smiles at you. I found myself standing outside an oncologist’s clinic.

YES! I had been diagnosed with cancer – Ewing’s Sarcoma to be specific, it is a type of childhood cancer but I was 25 when I was diagnosed.

Being the big bollywood fan that I am, my mind was transported to that scene from the movie “Anand”. Cancer equals Death! I thought what most of us would have thought in that situation.

But since I am also a software engineer, I did what all of us do when we face an issue – GOOGLE. I googled the name of my disease and within the first few clicks, I learnt that it was curable. I went to the office next day and wrapped up my work. I then went to Tata Memorial Hospital in Mumbai. I was intrigued by the sight in the hospital – new born babies, children, young and old; all battling cancer. And it made me wonder. “Does cancer spare anyone?”

I realized that I would have to be really strong to stand in those serpentine queues to meet the doctors and run from one doctor to the other carrying my case file. There was no time to feel sorry about myself. THE WAR HAD BEGUN!

The doctors suggested an intensive one year chemotherapy followed by radiation therapy. But the treatment turned out to be more terrible than the disease itself. I lost my beautiful hair and my physical stamina. The treatment even threatened to sap my soul. My thoughts swung between two extremes. “God, Why me? Why did I get this? What did I do to get this? I have never harmed any one, never cheated any one, never stolen.” And then I thought “Can it get worse than this?”

“Oh yes!” I was thankful to God that my treatment was showing good results; I wasn’t under a risk of amputation of one of my limbs like many other unlucky souls around me; and YES, I wasn’t dying! But many a times, I found myself alone on the see-saw with no pal to push me up when I was feeling so down. Most of my friends were busy in their normal lives and no one could empathize with me. But then I discovered a new planet inhabited by people just like me – Planet Cancer.
An online social community for young adults touched by cancer where they could share insights, explore their fears, laugh and even poke fun at cancer. The Crazy Sexy Cancer Book by Kris Carr, an actress gave me lots of tips on how to kick cancer’s ass and that too in style: “Don’t capitalize cancer. Giving it so much importance is a big no-no.”

In fact spell it wrong: c-a-n-s-e-r. It gives you power over that stupid little two-syllable word. Haha! I found a lot of inspiration from other patients around me, some of whom were battling cancer the second or even the third time. My strong will power, positivity, hope and courage helped in the fight. It made me believe in the words: “When Cancer was looking around for a body to hang out in, it made a big mistake when it chose mine. Big mistake!”

Having cancer does not mean you lose your sense of humor. Finding humor even in such a difficult situation helped me relax! My parents, brother, cousins and my entire extended family became my support system during this journey. I became much closer to my parents after seeing their selfless love, care and support.
I came out victorious in the fight. But the journey had made a big impact on me. I also realized how we humans live in our own little bubble, fretting over small things oblivious to such realities until a tragedy hits us or someone close to us. I have started loving and respecting my life much more after coming close to losing it.
Each one of us, at some point face the “challenge of our life”. For me it was fighting cancer, for you it can be losing a job, being in a bad relationship or separating from a loved one. Let’s face it, life itself is a constant challenge. It’s full of unexpected detours that no one but you can navigate. It’s very easy to get bogged down by failures and challenges and give up. But what really matters is giving in whatever it takes to fight the challenge, coming out smiling and saying “I survived!”

Gauri was diagnosed with Ewing’s Sarcoma in October 2009. She graduated from Indian School of Business, Hyderabad in 2013. She is currently working for a pharmaceutical company in Hyderabad. She also volunteers for Yoddhas – The Warriors Indians Fighting Against Cancer, India’s first online Cancer Support Community. She inspires patients with her story and helps them cope up with the mental trauma and social stigma associated with this disease. She also works to spread awareness about cancer in her social circle.