Cancer Does Change You

Written by Nayonika Chatterjee on Feb 5, 2015 | Blogs on Cancer 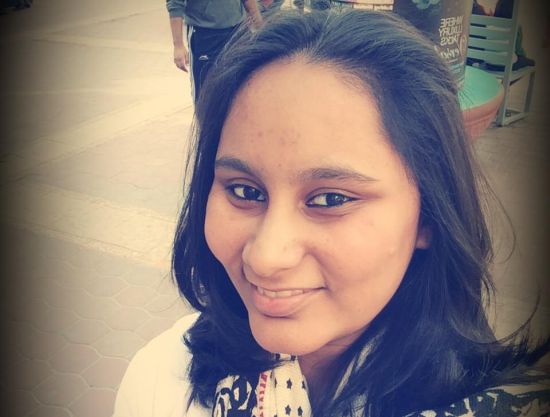 A few years back I didn’t even know what exactly cancer was! I knew it was a disease but what happened to the person suffering from this disease was unknown to me. The only exposure to cancer was, what I got from my science textbooks, where in every chapter related to Environment there was mentioned this little phrase “Skin Cancer”.

I wondered what exactly happened to the skin, did it burn, or does it cause a certain rash, if it hurt a lot. What was it? I was too casual to know about it! They say curiosity never dies, but mine did because no one had any answers to my questions.

My mom always said, “You should always speak well”, because she believes that one’s words and thoughts are so strong that if one spoke without thinking what shouldn’t happen might end up happening and what we said will come true. Superstitions, I tell you!

Three years back, I was diagnosed with Hodgkins Lymphoma. The journey was long and tough! It was tough to even find what was wrong with me. During this course, I had a lot of first timers. It was the first time I was admitted to a hospital. I went under the knife for the first time, just to have my biopsy done. And something I did which wasn’t very new; was scaring my parents. I hadn’t had the best of health ever, so it was like a routine, every year I’d fall sick. But this time it was different!

I was admitted with the idea of detecting this certain type of malaria, which wasn’t easily recognisable in a blood test and I was found to have cancer. And the funny part is I knew all along that I had cancer, even before my parents knew. I didn’t tell my parents that I had been noting down all the things the doctors said that were wrong with me. I had been keeping a record of everything in my phone and when I got time I’d google. Technology has done wonders!

The only two answers that I got were malaria and cancer. I had a gut feeling that it was the latter.
I was scared! No, not of cancer but the idea of losing my hair. I was scared of not being able to go to school and most of all meet my buddies for long.

After all for a 14 year old school, friends and parents is all that they can call as life.
As I went through my chemotherapies and radiations, I realised cancer is not just a mere disease, it is a chance to come in contact with oneself, to know oneself, to know people around you better and to dream of a better future.

Fighting cancer gave me time to sit back and discover myself! My mother says, “I did it beautifully, I was really strong” but I don’t believe her because I actually don’t remember how it was, maybe because half the time the heavy doze of drugs had my head ache and I kept sleeping, or may be somewhere deep down I don’t want to remember it. But I know that when I go to hospital, I always have a smile on my face. Cancer is a life changer! It has made me more gentle, empathetic and loving in my deeds and my thoughts. I am much stronger than before and I know what I want from life better than ever.
I’ve heard people say that cancer is a gift. Well it does do miracles but it isn’t a gift. A gift is something one would like others to have but I don’t want to pass it to anyone. I swear!

I’ve experienced it so I’d rather cherish the memories and move on to make a better tomorrow for the humanity, just like my doctor Rahul Bhargava says, “it is everyone’s duty to give back to the society in some or the other way.”

Nayonika Chatterjee is student studying in Class 11th in Delhi.