The More to Give campaign has also flagged off its week of organ donation where the idea is to generate maximum awareness through all walks of life and in every corner of the country. 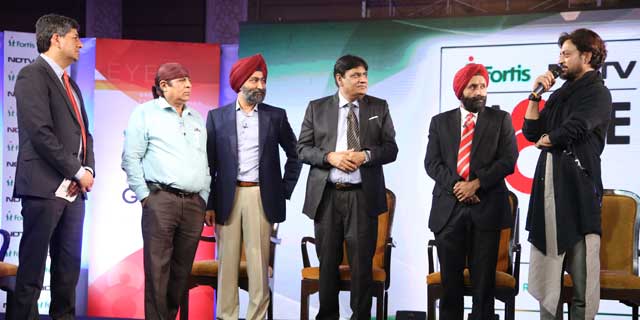 New Delhi: The topic of organ donation in India has struggled to receive the attention it needs in recent times. With less than one percent people donating their organs, nearly 4 lakh people are dying in the wait for a transplant in India.

To change this, the pinnacle focus must be on building awareness about the initiative while at the same time on bringing the country together in pledging their organs.

With this target in sight, NDTV in association with Fortis Healthcare launched the More To Give campaign. At its event, in four cities across the country on the occasion of Kargil Diwas, health experts along with NGO workers and students pitched for strong support from the government to boost this initiative.

As one of the aims of the campaign is to simplify the understanding of organ donation process for people, the event focused on clearing the masses’ doubts and apprehensions.

“There are many doubts among people which can be cleared through direct communication. Organ donation is still not publicly accepted as much as blood donation is. One of the biggest challenges about organ donation is to convince people about brain death because the body is warm and patient is still breathing,” said Aarti Vij, Professor, Organ Retrieval Banking Organisation at the event.

For the health experts, removing myths surrounding organ donation is the biggest challenge, which they expect can be achieved through proper and efficient awareness and education.

“Information education and awareness (is the) biggest challenge for donation. If the preconceptions and stigma are removed then a lot can be done for organ donation. Not just the government, but private hospitals too have the responsibility towards organ donation awareness,” said Bhavdeep Singh, CEO, Fortis Healthcare.

Through various interactive and educational activities such as discussions with health experts, organ recipients and donors and puzzles, street-plays and a painting competition for children, the event catered to all age groups widening the scope of the campaign’s influence.

Indian blade runner Major DP Singh, along with actor Iqbal Khan, too, joined the campaign and showed their support for the cause.

By bringing together people in four cities simultaneously, the campaign has flagged off its week of organ donation where the idea is to generate maximum awareness through all walks of life and in every corner of the country.

(With Additional inputs from IANS)