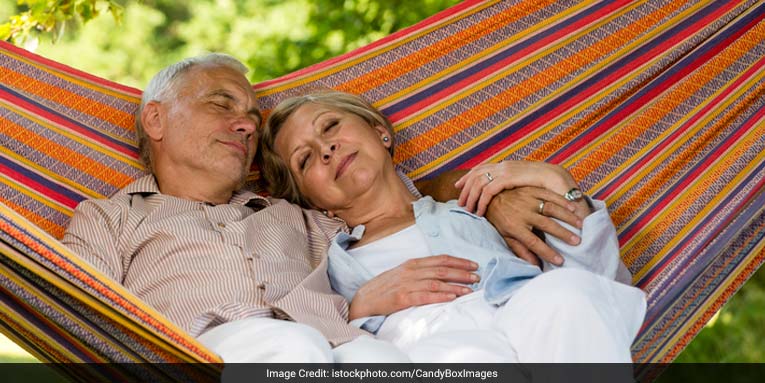 Washington: Gentle sound stimulation such as the rush of a waterfall synchronised to the rhythm of brain waves – also known as pink noise – may significantly enhance deep sleep in older adults and improve their ability to recall words, a new study has found. Deep sleep is critical for memory consolidation. However, beginning in middle age, deep sleep decreases substantially, which scientists believe contributes to memory loss in ageing. The sound stimulation significantly enhanced deep sleep in participants and their scores on a memory test.

This is an innovative, simple and safe non-medication approach that may help improve brain health, said Phyllis Zee, professor at Northwestern University in the US.

This is a potential tool for enhancing memory in older populations and attenuating normal age-related memory decline, said Zee.

Also Read: How To Take Care Of The Health Of Your Ageing Parents

The sham stimulation procedure was identical to the acoustic one, but participants did not hear any noise during sleep. For both sessions, the individuals took a memory test at night and again the next morning.

Recall ability after the sham stimulation generally improved on the morning test by a few percent. However, the average improvement was three times larger after pink-noise stimulation.

Although the scientists have not yet studied the effect of repeated nights of stimulation, this method could be a viable intervention for longer-term use in the home, Zee said.

Previous research showed acoustic simulation played during deep sleep could improve memory consolidation in young people. But it has not been tested in older adults.

Also Read: A Good Night’s Sleep Is More Important Than We Think

The new study targeted older individuals – who have much more to gain memory-wise from enhanced deep sleep – and used a novel sound system that increased the effectiveness of the sound stimulation in older populations.

The study used a new approach, which reads an individual’s brain waves in real time and locks in the gentle sound stimulation during a precise moment of neuron communication during deep sleep, which varies for each person.

During deep sleep, each brain wave or oscillation slows to about one per second compared to 10 oscillations per second during wakefulness.

Giovanni Santostasi, a study coauthor, developed an algorithm that delivers the sound during the rising portion of slow wave oscillations. This stimulation enhances synchronisation of the neurons’ activity.

After the sound stimulation, the older participants’ slow waves increased during sleep.

The study was published in Frontiers in Human Neuroscience.