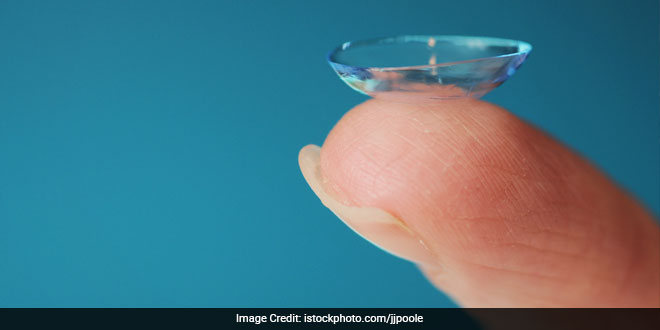 Los Angeles: Scientists have developed contact lenses embedded with transparent biosensors that could help monitor blood glucose levels and telltale signs of a host of other disease without invasive tests. Bio-sensing lenses are based on technology that led to the development of smartphones with more vivid displays. Researchers from Oregon State University in the US first developed an inexpensive method to make indium gallium zinc oxide (IGZO) electronics.

They then used the approach to fabricate a biosensor containing a transparent sheet of IGZO field-effect transistors and glucose oxidase, an enzyme that breaks down glucose.

When they added glucose to the mixture, the enzyme oxidised the blood sugar. As a result, the pH level in the mixture shifted and in turn, triggered changes in the electrical current flowing through the IGZO transistor.

Researchers then created nanostructures within the IGZO biosensor that were able to detect glucose concentrations much lower than found in tears.

In theory, more than 2,500 biosensors – each measuring a different bodily function – could be embedded in a one millimetre square patch of an IGZO contact lens, said Gregory S Herman of Oregon State University.

Once they are fully developed, the biosensors could transmit vital health information to smartphones and other Wi-Fi or Bluetooth-enabled devices, he said.

These biosensors probably won’t put blood labs out of business, but I think that we can do a lot of diagnostics using information that can be extracted from tear drops in the eye, Herman said.