India Has The Second Largest Number Of Diabetic People

Experts have estimated that in next 20 years, India will have 120 million diabetic patients 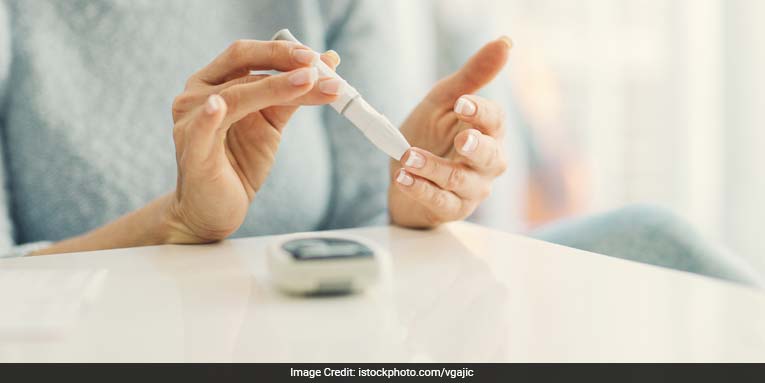 Hyderabad: The number of diabetes patients in the country is likely to go up to 120 million in next 20 years as against the current 70 million, an official of Indian Institute of Public Health (IIPH) has said. Also, on an average every diabetic spends about Rs 25,000 annually to manage the disease and its associated complications, IIPH, Hyderabad, Director GVS Murthy said today on the eve of World Health Day.

“India has the second largest number of people with diabetes which is at 70 million, next only to China which has about 110 million. The number of diabetes patients in India is expected to touch 120 million during the next two decades, due to a variety of reasons, Murthy told PTI.”

According to him, in 50 per cent of adult deaths, diabetes is an underlying condition causing the demise.

It is estimated that globally, the health expenditure due to diabetes among adults is USD 673 billion.

The per person annual cost of managing diabetes in India is Rs 25,000 approximately. There will be a wide variation based on complications, etc. Unfortunately insurance schemes in India do not cover the cost of care for diabetes, he further said.

He said the theme of the 2017 World Health Day campaign is depression.

Also Read: Diabetics May Be Prone To Depression If Going Late To Bed

The World Health Day is observed on April 7 every year to mark the anniversary of the founding of WHO.

Murthy said diabetes may also cause depression in a patient if the disease is not properly controlled.

The diabetes patients need to take medication lifelong. Some of the important organs like eyes and kidneys may be affected if diabetes is not controlled. These kinds of issues may cause depression. So the patients are to be counselled before hand, he said.

The IIPH director said India needs to look at how yoga, meditation and lifestyle modifications can reduce the progression of diabetes and help in its prevention.

In 2011, the Central government had started a National Programme for Non Communicable Diseases (NCD), which also includes diabetes. It was first started in 100 districts on a pilot basis and has now been extended to 500 districts.

Murthy said under the programme, free medicines are provided for diabetes at all NCD clinics. An annual screening for diabetes is done and insulin is provided at all the emergency facilities.

To a query, he said the Public Health Foundation of India (PHFI) plays important role in spreading awareness about diabetes and its implications.

The Indian Institutes of Public Health have been established by PHFI with an aim to make their education and research activities relevant to India in content and context, while attaining standards which are qualitatively comparable with the best in the world.