Grapes Might Have A Positive Impact On Your Mental Health: Study

According to the recent research, published online in the journal Nature Communications, natural compounds in grapes may help build resilience against depression 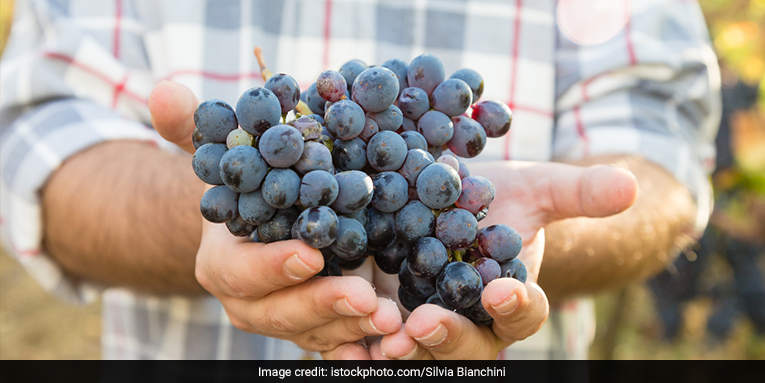 New York: Including grapes in your diet may have positive impact on your mental health as researchers have found that certain grape-derived compounds might be developed as therapeutic agents for the treatment of depression. The results, published online in the journal Nature Communications, indicate that these natural compounds may reduce depression by targeting newly discovered underlying mechanisms of the disease.

“The discovery of these new, natural grape-derived polyphenol compounds targeting cellular and molecular pathways associated with inflammation may provide an effective way to treat a subset of people with depression and anxiety, a condition that affects so many people,” said lead researcher Giulio Maria Pasinetti, Professor at Icahn School of Medicine at Mount Sinai in New York.

Depression is associated with a multitude of pathological processes, including inflammation of the peripheral immune system, a set of biological structures and processes in the lymph nodes and other tissues that protect against disease and abnormalities involving synapses, the structures that permit neurons to pass an electrical or chemical signal to other neurons.

However, currently available antidepressants are largely restricted to targeting the systems that regulate serotonin, dopamine, and other related neurotransmitters, and these treatments do not specifically address inflammation and synaptic maladaptations that are now known to be associated with major depressive disorder.

Previous research has found that grape-derived polyphenols have some efficacy in modulating aspects of depression, yet the mechanisms of action had largely remained unknown until now.

The new study found that a bioactive dietary polyphenol preparation from grape was effective in promoting resilience against stress-induced depression in mice.

Our research shows that combination treatment with the two compounds can promote resilience against stress-mediated depression-like phenotypes by modulating systemic inflammatory responses and brain synaptic plasticity in a mouse model of depression, said Jun Wang, Associate Professor at Icahn School of Medicine at Mount Sinai.

Also Read: 1 In 20 People Suffer From Depression. It Is Time To Talk About This.