Malnutrition in Indian children has been a recurring problem for years. Doctors are of the opinion that infants need five times more nutrition than adults during their first three years which, if lacking, may lead to impaired cognition which is irreversible in nature 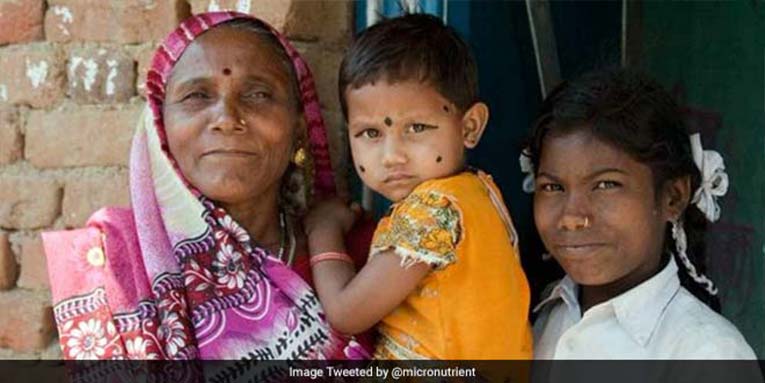 Malnutrition in Indian children has been a recurring problem for decades. Apart from poverty, which is the principal reason for malnutrition, other causes include undernourished mothers and other factors such as open defecation leading to diseases that stunt growth.

A 2015 report by the International Food Policy Research Institute ranked India 20th among leading countries with a serious nutrition situation. Due to India’s vast population, successive governments have also found it difficult to eradicate the problem of malnutrition in children. Government statistics have shown that nearly 49,481 births are registered in India per day, making India one of the leading countries with highest day-to-day newborns. States like Uttar Pradesh, Tamil Nadu, Madhya Pradesh, Bihar and Jharkhand are the leading states in child malnutrition.

Doctors have said that infants require 5 times more nutrition than adults during their first 1,000 days after birth. If adequate nutrition is not provided, it may lead to impaired cognition which cannot be reversed.
Iron is one of the critical elements, not just for production of haemoglobin but also for brain development. It is important for mothers to know that while infants are born with iron stores, their rapid growth rates may not satisfy the need and it becomes essential to supplement through other sources.

Children devoid of adequate nutrition are more likely to develop diseases such as pneumonia and tuberculosis. Doctors have urged mothers of newborns to feed them a diet rich in carbohydrates. Since many mothers are unaware of what consists of a balanced diet, newborns often do not get access to a nutrient rich diet. Doctors have also asked mothers to feed breastmilk to newborns, as breastmilk is rich in carbohydrates, complex proteins and lipids. Mothers who are themselves undernourished are often unable to feed adequate breastmilk to newborns, resulting in their developing diseases.

Indian diets are mainly grain and plant-based, and while they are high in macronutrients, they are very low in micronutrients like iron, zinc and calcium. There are several approaches which can be taken like supplementing infant’s normal diet with ready-made vitamins and minerals enriched food, fortifying the standard food and improving dietary plans, said Manjari Chandra, Consultant at Nutrition Max Multi Speciality Centre.