1 In 20 People Suffer From Depression. It Is Time To Talk About This.

With more than 300 million people suffering from depression worldwide, stringent steps must be taken address the seriousness of depression, failing which the illness may soon become the next global epidemic 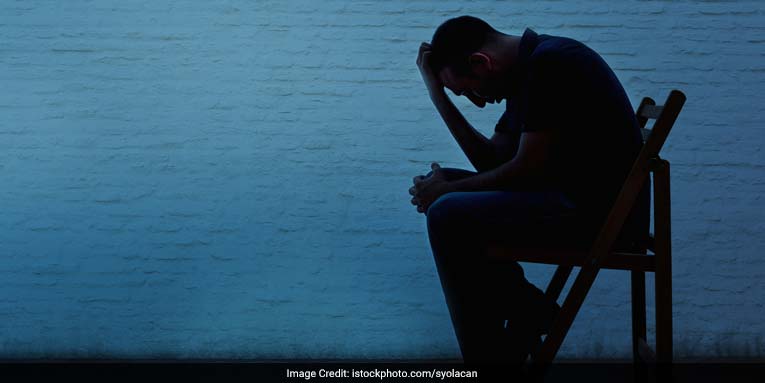 It is not uncommon of us to come across a family member or a friend who avoids social gatherings or occasions, or seems reluctant during social interactions. Most of us tend to take such episodes lightly, brushing them off as rudeness or introverted behavior. Depression is a topic that is rarely acknowledged, and seldom spoken of openly. This has resulted in depression becoming a global mental health issue that needs urgent recognition and intervention. Compared to other physical diseases, the diagnosis and treatment of depression is difficult to come by, and tackling it becomes even difficult.

The global scenario for patients suffering from depression remains a matter of concern. People are yet to recognise depression as a serious mental health issue which has widespread psychological and biological implications. The problems in engaging in conversations about depression and accessing proper counseling or medication have resulted in a large number of people suffering from depression but being unable to talk about it, said Dr. Rajesh Sagar, Professor of Psychiatry, All India Institute of Medical Sciences.

Today, the World Health Organization (WHO) estimates that over 322 million people suffer from depression worldwide. Simply put, approximately 5 per cent of the global population, or 1 in every 20 people across the world is depressed. The United States has the largest number of depressed people worldwide per 100,000 inhabitants at 1,454. India ranks a close fifth, with 1,400 depressed people per 100,000 inhabitants.

Unlike physical diseases such as cancer, diabetes and AIDS, which have high global numbers, the awareness about depression and its effects and treatment options is really low. This is why, despite depression being completely curable, the number of people suffering from it remains so high.

Treatment for any physical disease such as cancer or diabetes is not only wholly accessible, but the awareness about these is also very high. Depression on the other hand is not spoken too much about, even in the medical arena, and hence many patients go undiagnosed, resulting in a crippling life filled with self-doubt and recurring bouts of sadness, said Dr. Sagar.

Countries with higher per-capita income are not necessarily the happiest in terms of mental health and its diagnosis. The United States, for all its medical advancements, has the maximum per capita cases of depression, since people there have better access to mental healthcare systems than countries which are more conservative about such issues. Disability by depression is usually a crippling episode of mental illness, signified by anxiety, unproductivity and laziness. Globally, depression has been known to render more than 250 million people as disabled in the age group of 40 to 60.

Untreated symptoms of depression can cause severe difficulties in leading a normal life, especially as a person gets older. With depression, lack of self-confidence, trauma and prolonged period of sadness sets in, affecting day-to-day life and activities. People who belong to the slightly older age group of 40 and above, start losing confidence in themselves. The taboo related to depression often disables them from talking to anyone, making the situation worse, said Dr. Hank Bekedem, WHO’s representative in India, on why Depression has been chosen as the principal theme for World Health Day 2017.

It is imperative that people who undergo prolonged period of sadness and gradually become unproductive at work, school or colleges, speak to someone close about their condition. The symptoms might be indicative of depression but it is only after proper diagnosis that depression can be confirmed and due treatment can begin.

So what causes depression? This question has baffled psychiatrists worldwide who are still looking for a firm answer. On the occasion of this year’s World Health Day, the WHO is firm in providing multiple possible causes for the occurrence of depression. Research findings from psychiatrists worldwide have been able to identify negative parental influence, hereditary presence of depressive genes and socio-economic conditions as the most commonly identified causes of depression.

Negative parental influence such as peer pressure, alcohol abuse by parents, dysfunctional relationship with parents can cause depression to set in very early and last for a lifetime. Parental influence shapes up how a kid ends up leading a life. A parental influence of negativity and fear makes children prone to depressive tendencies which cripple their chances of leading a normal life, said Dr. Sagar.

In a 2014 survey conducted by the National Institute of Mental Health, USA, 6,000 of 20,000 surveyed people cited negative parental influence as the core source for them developing depression. In nations which are economically less developed, socio-economic factors such as acute poverty right from childhood contributes to the development of depression. Factors such as excessive migration, domestic abuse and underage marriage are some of the contributing factors towards the development of depression, especially in South Asian and African nations.

Poverty is a major reason in the development of depression in our country. Several factors, ranging from irregular income to domestic abuse causes depression to develop in individuals. Their inability to access counseling or medicines makes it even worse for them, often culminating in suicides, said Lav Agarwal, Joint Secretary, Ministry of Health and Family Welfare.

Countries like India, where the proportion of rural population is particularly high often find themselves without any access to healthcare that addresses mental health. Statistics by the Ministry of Health showed that there’s only one psychiatrist per 400,000 people in India. The problem of depression could only be effectively handled when such numbers are improved.

Depression is ought to be seen akin to any other serious disease and it is only then that treatment options will become accessible to more people. With the WHO stepping up to encourage people to come forward and talk about depression and making the disease one of the main talking points of World Health Day 2017, the condition is gradually making itself heard in mainstream conversations.

It is high time that depression is recognised with seriousness. This year, by opening up channels for conversation on depression, we are trying to reach out to more people and asking them to come forward with their condition. It is only then that further research into symptoms, causes and solutions on depression could be conducted. At the same time, it is also up to governments to provide low cost access to mental healthcare so that people have the means to deal with depression medically, said Dr. Bekedem.