The Leading Cancer Killer in Women Isn’t What You Think 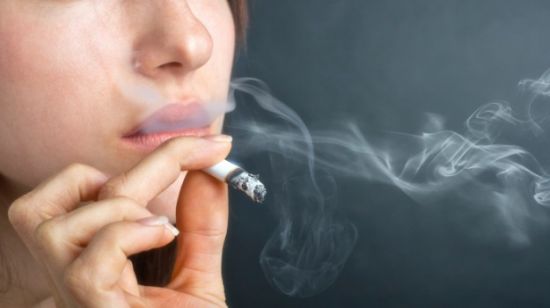 According to a latest report released by the American Cancer Society and the International Agency for Research on Cancer (IARC), lung cancer has surpassed breast cancer as the leading cause of death in females in developed countries. This change reflects the tobacco epidemic in women.

Lung cancer has been the top cancer killer for men for decades in developed countries. It is also the leading cancer killer in men in developing countries, where breast cancer still kills more women than lung cancer. The report, released on World Cancer Day (4th February), was based on the worldwide estimates of cancer incidence and mortality produced by the IARC for the year 2012.

Overall, an estimated 14.1 million new cancer cases and 8.2 million cancer deaths occurred globally that year. Among the various types of cancers, lung cancer was the most commonly diagnosed, with 1.8 million cases, accounting for about 13 percent of total cancer diagnoses. Lung cancer is also the leading cause of cancer death in men and the second leading cause in women worldwide, with 1.1 million deaths in men and nearly 500,000 deaths in women.

However, in developed countries, it was found that it kills more women than breast cancer. The report attributes this shift to “differences in the stage and degree of the tobacco epidemic”. In several Western countries, where the tobacco epidemic began earliest and peaked by the middle of the past century, such as the US, Britain, and Denmark, lung cancer rates have been decreasing in men and plateauing in women.

Lung cancer rates are also decreasing in men, but continuing to increase in women, in countries where the tobacco epidemic peaked later, such as Spain and Hungary. In countries where the epidemic has been established more recently and smoking has just peaked or continues to increase, such as China, Indonesia, and several countries in Africa, lung cancer rates are likely rise for at least the next few decades.

It suggests that measures such as tobacco control, vaccination for liver and cervical cancers, early detection, and the promotion of physical activity and healthy dietary patterns could prevent “a substantial proportion” of the worldwide burden of cancer. Moreover, it called for “a coordinated and intensified response” from governments, civil society, the private sector, and individuals around the world.