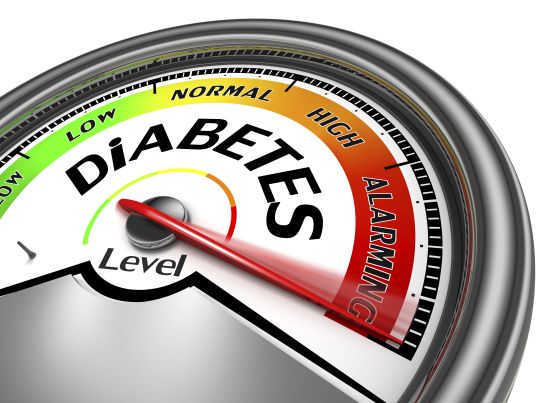 Diabetes mellitus is a metabolic problem resulting from insulin deficiency (produced by pancreatic glands) or insulin resistance. This produces an inability to use glucose by the cells of body and thus there is excess of glucose in blood. It occurs worldwide in about 10 per cent of population – but Indians are more prone to it – in fact 20-25 per cent occurrence in hospital audits is common. India is also called the capital of diabetes.

Diabetics is of two types –

Type 1 – usually childhood or young adult onset and Type 2 is adult onset and usually associated with obesity and can often be controlled by diet and oral drugs. Long-term complications in blood vessels, kidneys, eyes and nerves occur in both these diabetics and causes major/problems. However most problems in diabetics which are potentially life threatening occurs from the heart diseases.

Diabetes makes a person two-five times more prone to heart diseases. Other risk factors which is being overweight, lack of exercise, stress, blood pressure, poor control of cholesterol/ triglycerides makes them even more prone to heart diseases. Smoking is also a serious risk factor and should be avoided in diabetics. The general principles of treating such diabetics is to keep a yearly track of their risk factors and exercise testing to detect heart disease at an early date and once detected to aggressively manage them by doing angioplasty/surgery or medical management as is needed based on an angiogram.

Currently available drug eluting stents have shown promise in diabetics with blockages in arteries and have restricted the need of bypass surgery to the diffuse blockages so common in diabetics.