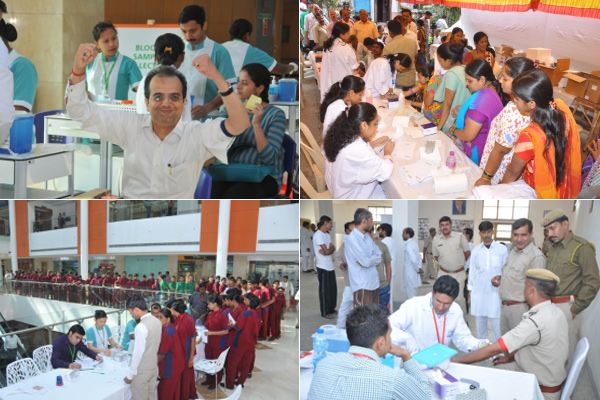 On the occasion of World Diabetes Day, the NDTV-Fortis Health4U campaign in partnership with SRL Diagnostics conducted free Blood Glucose Tests on the 14th & 15th of November at over 50 locations in 10 cities across India. Diabetes is often referred to as the ‘Silent Killer’! Hence the aim of this initiative was to make people aware of the importance of being vigilant about one’s health, by getting tested regularly and making the right lifestyle choices to stay safe from Type-II Diabetes. (In Pictures: Free Blood Glucose Level Tests Carried Out Across the Nation)

In addition to numerous Fortis Hospitals and SRL labs, testing centers were also set up at the following locations across the country:

We are proud to announce that over the course of this two day exercise, a total of 18,561 Blood Glucose Tests were carried out for free.

India has the highest number of people with Diabetes in the world and while the number of tests carried out is a mere drop in the country’s vast population, it is our earnest hope that this effort will be taken forward by those who were tested as they spread the message amongst their families and friends.

Type-II Diabetes is a preventable, lifestyle disease and with the proper awareness we are confident that India can and will turn the tide against the Silent Killer!