With an aim to spread awareness on the consequences of not following traffic rules and road safety guidelines, Kozhikode in Kerala is marking prominent accident prone areas in the city to draw the attention of drivers and forewarn them 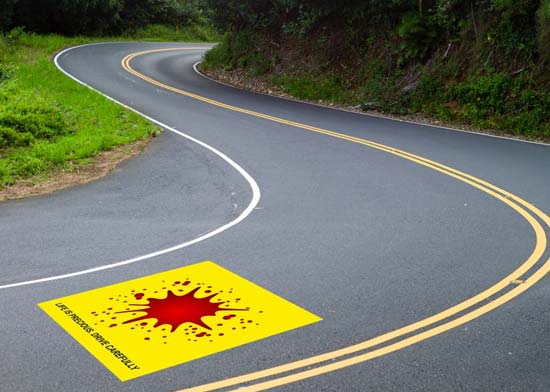 New Delhi: “In the year 2017, 184 people lost their lives in 168 road accidents within Kozhikode City, which are more than 145 deaths in 2016 and this may continue to surge if we don’t take a step right now”, says P. K. Raju, Assistant Commissioner of Traffic, Kozhikode North. In a bid to make people aware about road safety and to decrease the number of road fatalities in the city, Kozhikode City Police has started marking ‘death spots’ on the roads, to caution people. The symbolic representation on the road consists of a yellow square with a red blotch on it, this aims to send out the ‘drive safe for your own safety’ message. Additionally, the prominent mark is meant to alert drivers that this is an accident prone area and rash driving could be dangerous.

“This special marking was designed by Sri Sreejith of Malaparamba and is sponsored by ULCCS Ltd. With these special marking on roads, we expect drivers and pedestrians will be reminded of the previous road accidents leading to deaths. We hope this will instigate drivers to be more careful, especially in accident prone areas”, says P. K. Raju. 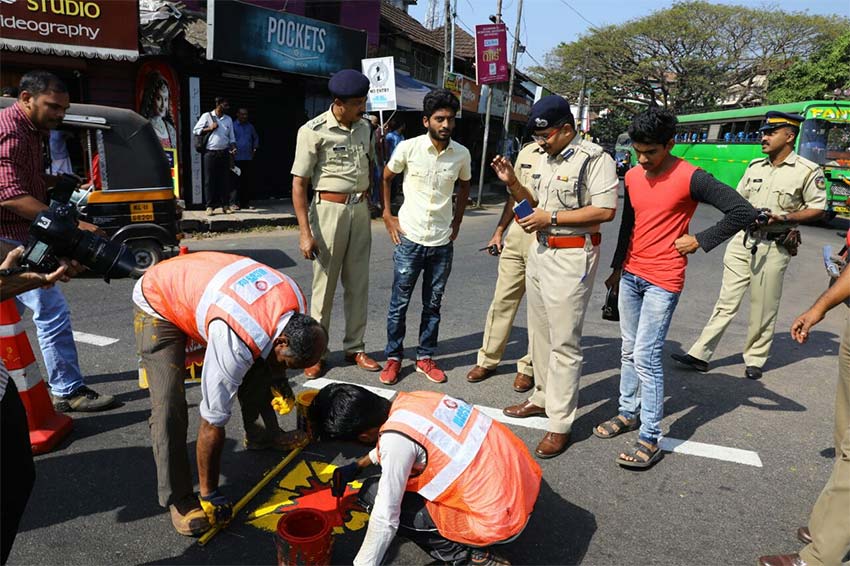 The city police initiated the project from Moozhikkal bridge on January 22 where a family of three (Prajith, 41 years, his wife Shimna, 35 years and their son Abishek, 13 years) lost their lives in a collision between a tourist bus and a motor bike. Recently, the police marked the 100th accident spot in front of Salkara Hotel, East Nadakkavu in memory of Moideen Kutty, who lost his life on December 6 last year  in an accident at that spot.

Out of 184 deaths in 2017, 108 were two-wheeler riders and 53 pedestrians. Majority of the two-wheeler riders were not wearing helmet. As far as pedestrians are concerned, the major hindrance is that riders don’t stop at zebra crossing and don’t give way to pedestrians. Even if it is a red-light, they stop their vehicle on zebra-crossing which makes it difficult for on-footers to cross the road. 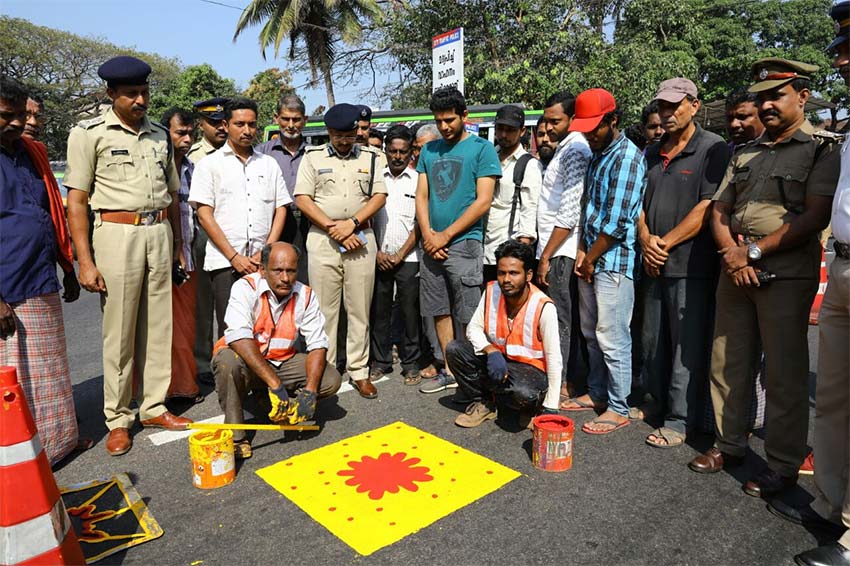 Apart from marking prominent accident prone areas, traffic police have envisaged several other measures to control the number of road fatalities in 2018. To educate the masses, the city police has decided to conduct awareness classes. Along with penalising people for not following traffic rules, officials deployed at various junctions are making defaulters take an oath that they would follow road safety rules.

Pledge Now: Take The Pledge To Never Drink And Drive 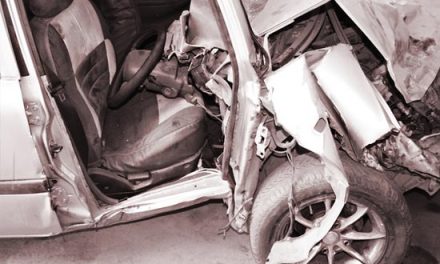 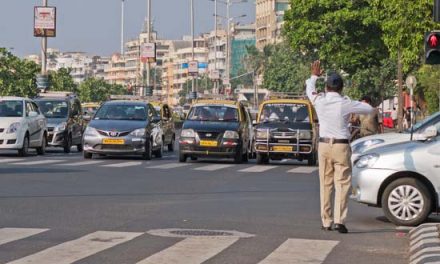 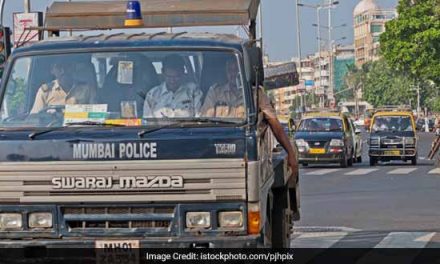