It is unfortunate that India has even surpassed China in this matter and what is alarming is that about 20% of the total casualties reported are pedestrians, followed by two-wheeler riders (37%) who are categorized as Vulnerable Road Users. However, one important fact that needs to be recognized is that increased road safety is not an impossible goal but can be achieved with the collective involvement from the road safety practitioners, the public and the politicians. 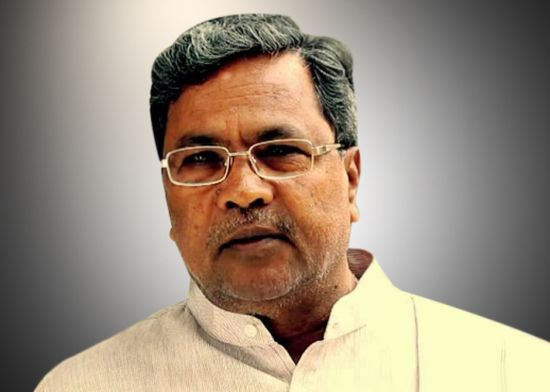 Q1. India has the most number of road accidents and fatalities anywhere in the world. How important do you feel such initiatives are in creating awareness and bringing about behavioral changes in citizens?

Shri Siddaramaiah’s Answer: It is unfortunate that India has even surpassed China in this matter and what is alarming is that about 20% of the total casualties reported are pedestrians, followed by two-wheeler riders (37%) who are categorized as Vulnerable Road Users. However, one important fact that needs to be recognized is that increased road safety is not an impossible goal but can be achieved with the collective involvement from the road safety practitioners, the public and the politicians.
The approach to any Road Safety Management Initiative should consider that humans as road users are fallible and will make mistakes, but at the same time, should recognize that Road safety is a fundamental human right. All members of society should be encouraged and motivated to contribute to improving road safety – from decision makers to experts, from road network providers to planners, and from emergency services to road users.
Apart from Engineering Improvements, Road Safety can be achieved through behavioral changes. Education campaigns are where the most significant changes can be achieved. Educating young people in sustainable and environmentally-friendly mobility is the one particular measure that will probably make the largest long-term contribution to reducing the number of vehicles on the roads and thereby increasing road safety. Today’s schoolchildren are tomorrow’s public transport users, cyclists and motorists; educating them in road safety can have a significant influence on the future distribution of these modes of transport.
Road safety education, information and training courses should also be extended to all age groups and Electronic media should be utilized for safety campaigns.

Q2. Karnataka is one of the top 5 states with the highest number of road accidents in India. 1000 vehicles are added to Bangalore’s roads everyday, adding the chaos Accident/road rage incidents. What are the steps you have already taken to tackle this issue and what are you planning to take for the future?

Shri Siddaramaiah’s Answer: In order to smooth Traffic system with the association of the other departments the following actions have been taken.

2. From Bangalore Development Authority(BDA)
66 km Length ring Road has already been constructed and this has been made as signal free corridors completely.
The Plan has been prepared to build peripheral ring Road.

3. From Bangalore Metro Rail Corporation Limited (BMRCL)
The Metro plan has been generated to reduce the Traffic volume in Bangalore City. The first stage of Metro work will be completed by June 2015 and thereby City Traffic congestion will be reduce

Apart from this The Bangalore City Traffic Police Division has taken following actions.

1. The Main reason for the vehicular congestion is the movements of vehicles more than the capacity of the roads in Bangalore City and to ease up this some Main Roads have been signal free corridors.

2. After surveying and analyzing the roads where traffic congestion problems observed, the Right turn and U turn have been restricted.

3. In the central Division of Bangalore City where the Traffic congestion is more are identified, Free Left turn or Right turn are allowed the street furniture’s have been adopted and Lane discipline has been executed and by this the accidents have been reduced more than the expectation and Traffic is also eased.

4. The main junctions/places have been identified and a total of 345 places the Signal lights have been installed.

5. To ease up Traffic condition and those who violate Traffic rules, Totally 175 Surveillance camera have been installed to take actions against them.

6. Five Enforcement cameras have been fixed in the Main Places of the Bangalore City to identify the vehicles moving with over speed, the Photos will be transferred from these cameras and actions will be taken against them. These cameras will be supervising through main automation center continuously.

7. In Bangalore City where Traffic Signals are not necessary, in these places 625 solar blinkers are provided to indicate the Drivers to reduce the speed. From this accidents has been reduced.

8. In Bangalore City 49 Pelican light signals have adopted to facilitate pedestrian. This is useful for pedestrians to cross the roads.

9. The Hooters and timers have been adopted in almost all junction of Bangalore City to enable the pedestrians to cross the Roads. From this accidents of pedestrian and children’s are reduced.

10. Totally 30,000 Traffic signage boards have been placed all over the City.

11. The Information regarding Traffic congestion in Bangalore City Roads is being updated in web sites and Face book often and often.

12. City Traffic congestion Information is being sent through SMS freely.

13. 107 Main Roads have been identified has Zero tolerance roads in Bangalore City. Vigilance is being taken In these Roads for unauthorized vehicle parking, wrong vehicle parking and parking on Foot paths.

14. The Traffic problems were observed in the City Roads due to the movement of tucks and heavy transport vehicles, the movement of these vehicles have been banned during peak hours in the jurisdiction of Bangalore City. Also the entry of the Trucks and Heavy transport vehicles to the City from 7.30am to 11.30am and 4.30pm to 8.30pm have been restricted to Enable easy Traffic and to reduce the occurring of accidents.

15. The Traffic Police officers and staff will be on duty in all the Junctions and Roads in Peak hours for easy Vehicular Traffic.

16. In every Traffic Police station Limits one main Road is identified as a model Road. Strict action has been enforced not to arise Traffic problems in these model Roads.

19. From the unauthorized Road humps in Bangalore City the 2 wheelers that to in night times were met with self oxygen’s and losing their lives from last so many years. To avoid these accidents the Bangalore City Traffic Police have removed these unscientific and unauthorized Road humps. To reduce the vehicle speed and control the accidents the humps have been put up as per the IRC have been constructed in Main Roads.

20. In Every Traffic Police Station Levels a citizen forum meeting will be conducted in Third Saturday of Every month. So that the Traffic problem can be solved in station level.

21. Synchronization of Traffic Signal Lights systems has been adopted by using latest technology in some of the main traffic Roads to enable the public Transport system in time savings.

22. The Traffic safety is being Enforce in very high manner by conducting training and workshop to the professional Drivers regarding Road Safety knowledge.

23. Spot fines are being collected from the Drivers who violate the Traffic rules. Since the Police Officers and staff will be on duty in Peak hours, Traffic violations cannot be recorded. In such times the Traffic violations will be recorded through Surveillance camera enforcement and digital cameras, Photos will be taken and notices will be sent to pay penalty as per IMV 133.

24. Unauthorized parking wrong parking & Parking on foot paths are the main reason for the Traffic problems on City Roads strict action has been taken against this offence. In the year 2013 totally 20,56,313 and in 2014 up to September month totally 9,67,379 incidents are wrong parking unauthorized parking and foot path Parking cases have been registered in Bangalore City.

26. The Bangalore City Traffic Police Division is using 13 interceptor vehicles and 5 Enforcement cameras to identify the over speed vehicles and cases are being registered against them.

27. In the year 2013 totally 68,365 cases and in 2014 up to September end totally 45,584 cases have been registered for haphazard vehicle Drivers and Dangerous Driving Drivers. In every Signal of Bangalore City the various types of Traffic rules violating cases are registered through:

As per IMV rule section 20 and 184 r/w 21 for the first offence the Driving License will suspended & also they will be produced to the Court.

Q3. Drunken driving is one of the leading causes behind road accidents and death. What do you think is the solution – stricter laws or better implementation of existing laws?

Shri Siddaramaiah’s Answer: Both. More stringent drink–drive laws for high-risk drivers, that is, inexperienced young adult drivers. Enforcement of drink–driving laws will be more effective when it includes random breath tests for all drivers (not just those suspected of drinking), and when it is carried out at times and in locations when drink–driving is more likely to occur.

Road Safety in Jaipur: Police Revs Up Its Drive to Check Drunken Driving 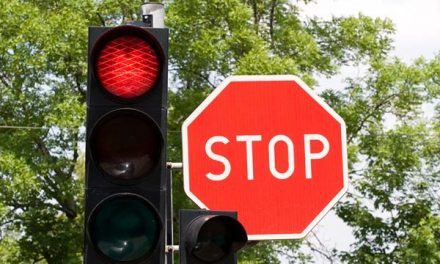 Road To Safety Contest: ‘Spot A Traffic Issue, Tell Us About It’