15 mothers of students from each of city’s 250 schools will be given training on road safety and traffic rules. These mothers will form a ‘Mother Traffic Force’ to carry forward the road safety campaign in Dehradun 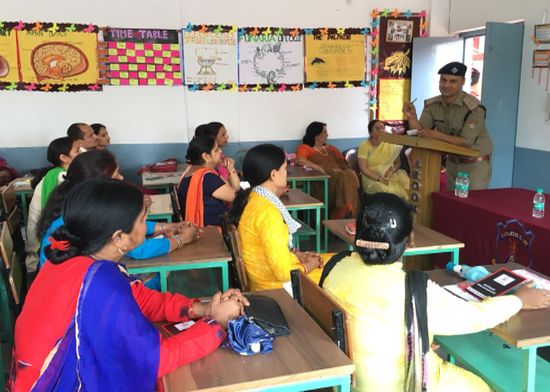 Mumbai: The Dehradun Traffic Police is tapping the best possible ambassadors to spread the message of road safety – mothers of school and college children.  To observe the National Road Safety Week (April 23-30), the police department launched the ‘Mother Traffic Force’ (MTF) on April 26. Around 43 mothers of school students secured the membership of the first MTF formed in the city.

Mothers form a crucial chain of mass behavioral change as the famous saying goes, ‘If you educate a mother, you educate the whole family’. When we took an informal survey in all the educational institutes we found that mothers are willing to contribute towards making city’s roads safer. The only thing needed was an appropriate platform.

Mr Khurana further pointed out that In 2017, around 1,000 two wheeler riders lost their life in road accidents. On analysing further, three major reasons for these accidents came to the forefront – rash driving, drunk driving and over-loading. Among the road accidents that took place 25-30 per cent of them involved youth on two-wheelers. On several of the road accident instances, minors were driving or riding the vehicle.

There are over 250 schools which are situated in four clusters of the city. The traffic police department has chalked out a plan where each cluster would be targeted in phases. From each school 15 mothers will be nominated by the principal. In the first phase that kick-started from April 26, awareness and training sessions for mothers were held in three schools and there was a positive response, said Mr Khurana.

The 2-hour training session involved basic safety rules to observe while driving and crossing roads. The mothers were even taught how to spread awareness that the children could retain and imbibe in their day to day life. At the end of the session, ID-cards were issued to the mothers and reading material including books and pamphlets were given for future reference.

The mothers who will undergo training will have the authority to conduct road safety classes in their respective localities. “We have requested the trained mothers to carry forward our campaign and help other mothers learn about the road safety rules. This way a ripple effect will be created that will ease our work,” added Mr Khurana.

In a bid to help grow the Mother Traffic Force, the city police has formed a Facebook page and a WhatsApp group where mothers can post their queries and doubts.

In the coming few days, the traffic police department will also circulate short videos on road safety among the residents of Dehradun.

Besides, concentrating on the two traffic forces, Dehradun is carrying out several activities as part of the National Road Safety Week. Some of the activities include checking pollution levels of the private and public vehicles, organising free medical check-ups for public vehicle drivers, carrying out bike rallies by the police officers and giving demonstrations on functioning of traffic police to the school students.

Also Read: Parents Of 26 Minors Jailed In Hyderabad For Letting Their Children Drive