The government had earlier said that it will spend Rs 11,000 crore over 5 years to fix black spots across the country. Around 800 black spots have already been identified across India and the government has already released Rs 500 crore to rectify them. 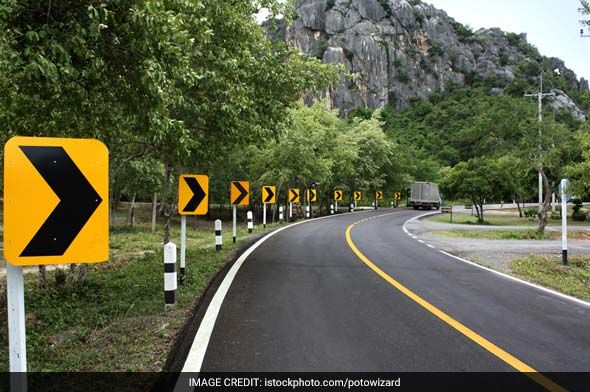 New Delhi: In a bid to check the alarming number of road accidents, the government today asked the states to identify “black spots” on national highways and send a proposal to the Centre for rectification.

Also Read: What India’s Urban Centres Can Do To Improve Road Safety

He further said that “10 per cent of Central Road Fund (CRF) kept aside for road safety work can be used for this”. Total collection under CRF more than doubled to about Rs 70,000 crore last fiscal, the government had earlier said.

The minister also asked the states to consider building road over bridge (ROB) and roads under bridges (RUB) on level crossings on state highways.

Mr Gadkari further said that he was in discussion with railways to come up with a “scheme for this where state government can do land acquisition, railway can fund up to 50 percent and 50 percent could be from CRF”.

The government had earlier said that it will spend Rs 11,000 crore over 5 years to fix black spots across the country.

Around 800 black spots have already been identified across India and the government has already released Rs 500 crore to rectify them.

Speaking at a session organised by the industry chamber in partnership with the Ministry of Road Transport & Highways (MoRTH) and Society of Indian Automobile Manufacturers (SIAM) on the occasion of the Annual Road Safety Week 2017, Mr Gadkari said the government is pulling out all stops to deal with the alarmingly high count of road accidents which have touched 5.01 lakh in 2015 – a rise of 2.1 per cent in a year.

Mr Gadkari said, “It is the responsibility of every stakeholder to bring qualitative transformation if we are to achieve the government’s vision of reducing the number of road accidents by half,” according to a statement by CII.

Ministry of Road Transport and Highways Secretary Sanjay Mitra said the Centre has proposed the Motor Vehicles (Amendment) Act 2016 which has strict provisions for road safety. He added “the Ministry has mooted a whole set of legal amendments which gives teeth to law enforcements and RTOs (to compel violators and law breakers to
abide by traffic rules).”

The session created an opportunity for the Ministry to reach out to a large cross-section of India Inc to share its expectations from the industry. India Inc shared their action plans which consisted of several new ideas along with the tried and tested ones.