On June 17, 1950, the world’s first successful kidney transplant was performed on an American woman named Ruth Tucker, who received a kidney from a patient who was already dead. 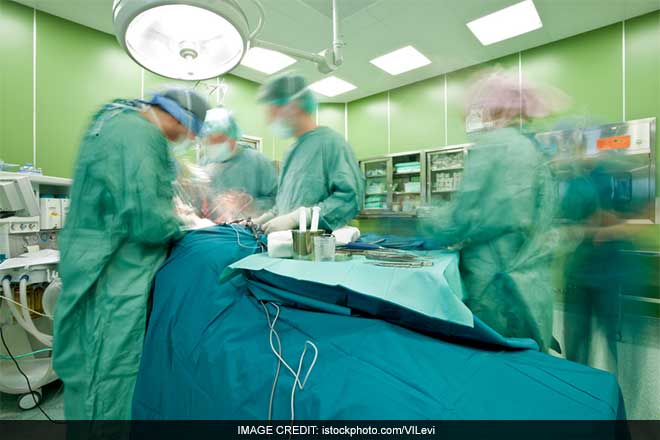 On June 17, 1950, the world’s first successful kidney transplant was performed on an American woman named Ruth Tucker, who received a kidney from a patient who was already dead.

4 years later, in a hospital in Boston, Ronald Lee Herrick donated one of his kidneys to his twin brother Richard. He went on to live a healthy life till the age of 79.

Though 4 years apart, these two transplants had created a stir in the medical fraternity. It was a new lease of life for patients of end-stage renal disease. What stands out even more about these 2 cases are the people involved. The first recipient of a transplanted kidney was a woman. The first successful kidney donor was a man.

Technology was gender-neutral, seeking to save dying patients, regardless of their gender.

Half a century later, gender has a crucial role in the world of organ transplants.

Women consistently outnumber men when it comes to donating their kidneys. The trend is not just limited to one hospital.

“The moment I discuss a transplant with a patient, it is almost like an invisible thought process get triggered. The men invariably get busy looking for a donor while the women volunteer to donate themselves” said Dr Saurabh Pokhriyal, Director of Nephrology &Renal Transplant Medicine at Fortis Memorial Research Institute, Gurgaon.

Doctors are almost matter of fact about the glaring gender imbalance in live organ donations. It’s all a part of the social mindset in India, they say.

Women, nurturers, sustainers, givers of life – it almost seems natural that in times of need, a woman will step up to donate a kidney or part of her liver to save a loved one.

But how natural is it if a widowed sister-in-law is the only ‘available’ donor in a joint family despite there being other siblings more eligible to donate? How natural is it when a young woman is married to someone who already knows he needs an organ transplant at the time of his wedding?

Every donor has to meet an authorization committee that decides if there has been any malpractice or coercion in the case. From time to time they come upon a case where the donor has not consented but been forced by the family.

The medical fraternity has developed an interesting loophole around this.

“We come across cases where the woman is scared to defy her family but doesn’t want to donate her organ. In such cases, we certify that the woman is not medically fit to donate. This way, it is a medical rejection and she can still go back to her family without any questions asked” says Trilly, the Organ Transplant Coordinator at FMRI, Gurgaon.

With laws getting more stringent, medical malpractice has definitely come down. But the glaring imbalance between female and male donors remains.

As Dr. Anil Kumar points out, “We can reduce misuse by having strong laws but we cannot change social biases.”

The altruism and generosity of women who donate their organs are celebrated in the media. But very rarely are questions asked about the discrepancy in female versus male donors and recipients. Do mothers care deeper than fathers? Do sisters have a bigger sense of duty than brothers? Are wives more responsible for the wellbeing of a family than husbands? It is a bias so deeply ingrained that we barely recognize it, let alone question it.

“When roles are reversed and a woman needs a transplant, the husband just says – ‘I am the breadwinner. Why should I also fall ill and sacrifice myself?’ The wife is also reluctant to allow her husband to donate.”

In a country like India, it invariably boils down to the ‘breadwinner’ argument. Most women here are completely economically and socially dependent on their husbands. A healthy husband is critical for the wellbeing of their children and family. Patriarchy and poverty are compelling reasons for the skewed ratio of female to male organ donors.

But this is where the story gets a little more complex. Even developed nations which are held as shining examples for gender equality, fare poorly when it comes to organ donation.
The US donor registry shows that 60% of its living organ donors are women. A study done in Norway showed that between 1985 and 2002, almost 58% organ donors were women. In the same period 65% of the donors in Switzerland were women.

Ironically, this is one of the only areas where India shares the same track record as most of the First World. The answer then is not just education and removal of poverty, but a deeper re-assessment of traditional gender roles and a woman’s place in her family.