Is Cadaver Donation In North-Eastern States A Distant Reality?

As of date, not even a single Cadaver Donation has taken place in all the eight states of North Eastern region. Though the state performs transplant from living donors, like kidney, lung or cornea however, there is no data to show the number of such organ transplants in the region. Experts say currently, North Eastern regions are at the starting phase of organ donation which is education and awareness 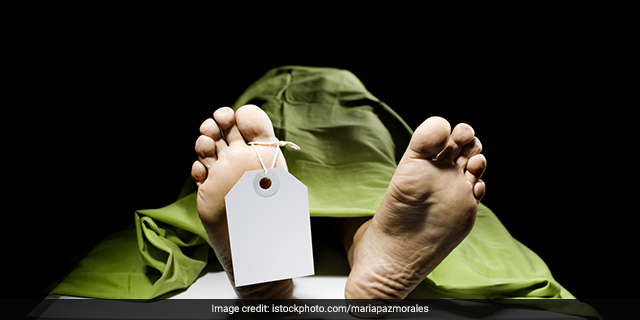 New Delhi: ‘Back in 2014, I got to know that my heart will soon stop working and in order to live I will need to undergo a heart transplant. My doctors told me about organ donation and that was the first time I got to know about the concept of organ donation. Before that, I had never heard about it, nor did I meet someone back home who discussed the issue. As I was studying in Mumbai, I decided to go for a transplant there only as in my hometown there was no facility for Cadaver Donation or an organ donation from a deceased person,” says 24-year-old Patrick Lhungdim, a resident of Assam.

Currently, in India, this is the case of every person living in North Eastern part of the country. Till date, not even a single Cadaver Donation has taken place in North Eastern region. Though the state performs transplant from living donors, like kidney, lung or cornea however, there is no data to show the number of such organ transplants in the region.

Also Read: The Agony Of Being On The Waiting List For Organ Transplant In India

So, What’s The Problem?

There are multiple problems in these states, from education to infrastructure facilities, availability of specialised doctors. Apart from these issues, these states currently don’t even have functional Regional Organ and Tissue Transplant Organization (ROTTO) and State Organ and Tissue Transplant Organization (SOTTO) that facilitates the organ donation process within the states and regions in India. Though ROTTO has been set in Guwahati, but, it is yet to begin its operations. It is expected that once ROTTO gets functional, it will give a fillip to Cadaver Donation.

A spokesperson from ROTTO said,

“Currently, the north eastern states are in the process of collecting data of the hospitals within 8 states. ROTTO will soon identify the hospitals that can perform organ transplants successfully. Once the identification process is done, we will start the awareness and education drive.”

Currently, the North Eastern states are at the first level of Organ Donation campaign and that’s the education and awareness layer. Highlighting the issues, Priyanka Borah, CEO of Zublee Foundation, the first Non-Governmental Organization (NGO) working for the cause of Cadaver Donation Awareness in the North- Eastern Region of India added,

“The issue here is lack of awareness, until unless people know about the concept of organ donation how can we expect the system to be in place. It is just not about the residents of the states, it is also about the medical system. Cadaver Donation requires a lot of knowledge, a special system, doctors, and medical staff should be trained to carry forward the procedure of Cadaver Donation. Sadly, this is not the case, as no one is specialised.”

When asked if infrastructure is a problem, Ms Borah added, “These states do have some good private hospitals, if the hospital can successfully carry Cadaver donation programes in different regions like New Delhi, then why not here.”

“Today connectivity is not an issue, every north eastern state is moving away from the tag of ‘Remote Region’, just as this phase has taken time, organ donation too will take time in these states. It is just the game of education and awareness. Until unless people know what Cadaver Donation is, what are its benefits and why they should they come forward for the cause, this concept will never see light of day.”

He also said that hospitals of these states are working towards Cadaver Donations and added,

“Our hospital has created a Skin Bank just like a Blood Bank. It will now soon start the process of donations.”

Talking about India, it is estimated that around half a million people in the country die every year, waiting for organs. Breaking it down further, 1 lakh people die in the country because of liver diseases while just 1,000 get a liver transplant. More than 2 lakh patients await kidneys whereas just 15,000 people get kidney transplant. For organ donation to improve at a national level, donations have to go up regionally.

Apart from awareness among people, India also needs to step up its game in terms of medical infrastructure. Health experts suggest there should be at least one organ retrieval centre in each district. Currently for the eight states of North East, there is not one retrieval centre yet.