Kidney failure is usually listed as a long-term consequence of diabetes. Over anywhere from 10 to 20 years, diabetes can cause changes in the structure of blood vessels in the whole body as well as the kidneys, leading to the organs’ eventual inability to filter toxins. 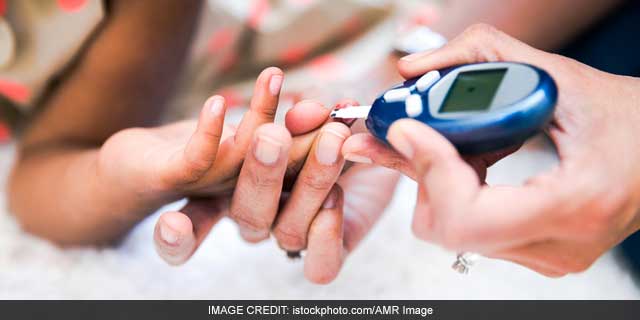 New Delhi: This morning, External Affairs Minister Sushma Swaraj announced that she had been admitted to the All India Institute of Medical Sciences because of kidney failure. Sources at the hospital attributed this to her history of diabetes which has affected the functioning of her kidneys.

Diabetes is a chronic condition where the body is unable to process blood sugar, and has a direct impact on the kidneys. In fact, nearly half the people suffering from kidney failure in India are diabetics.

“Nearly 50 per cent of our patients suffering from renal failure are diabetics. The earlier the onset, the greater the likelihood is of kidney failure,” says Dr. Anant Kumar, Chairman – Urology, Renal Transplant and Robotics, Max Saket, New Delhi.

With 69.2 million people in India living with diabetes, according to data released by the International Diabetes Federation in 2015, the implications are staggering.

Kidney failure is usually listed as a long-term consequence of diabetes. Over anywhere from 10 to 20 years, diabetes can cause changes in the structure of blood vessels in the whole body as well as the kidneys, leading to the organs’ eventual inability to filter toxins. A report published by the Indian CKD (Chronic Kidney Disease) Registry in 2012 estimated that diabetes and hypertension accounted for nearly 40 to 60 per cent of CKD cases.

Swaraj herself has been suffering from diabetes for the past 20 years.

What this means is that diabetes slowly disrupts the filter mechanism, the size of the pores that are meant to keep out toxins gradually increase in size, passing proteins and other larger molecules, Dr. Kumar explains.

Can this be prevented? Not entirely, but the possibility of eventual kidney failure can be reduced or slowed down with proper management of blood sugar, eating a healthy diet and following an active lifestyle.

The problem in India, according to Dr. Pokhriyal, is that there is a lack of awareness about diabetes and it is often not properly treated, which reduces the chance of taking up preventive measures and increases the possibility of diabetes linked renal failure.

Individuals suffering from kidney failure look at a lifetime of dialysis, with the only real hope being a kidney transplant. However, considering the long waiting list to receive a kidney in the country, the future can often look very bleak.

Also Read: Life On A Waiting List: Where India Stands On Kidney Transplants